Material
Wood
How it's made
Handmade
Where it's made
Sweden
Stock
Down to the last 1
Popularity
Listing summary
Brio locomotive classic design Made of solid wood As you push, the yellow plastic shaft of the front will rotate. There are many traces of use 13x8cm in length and 9.5cm in height 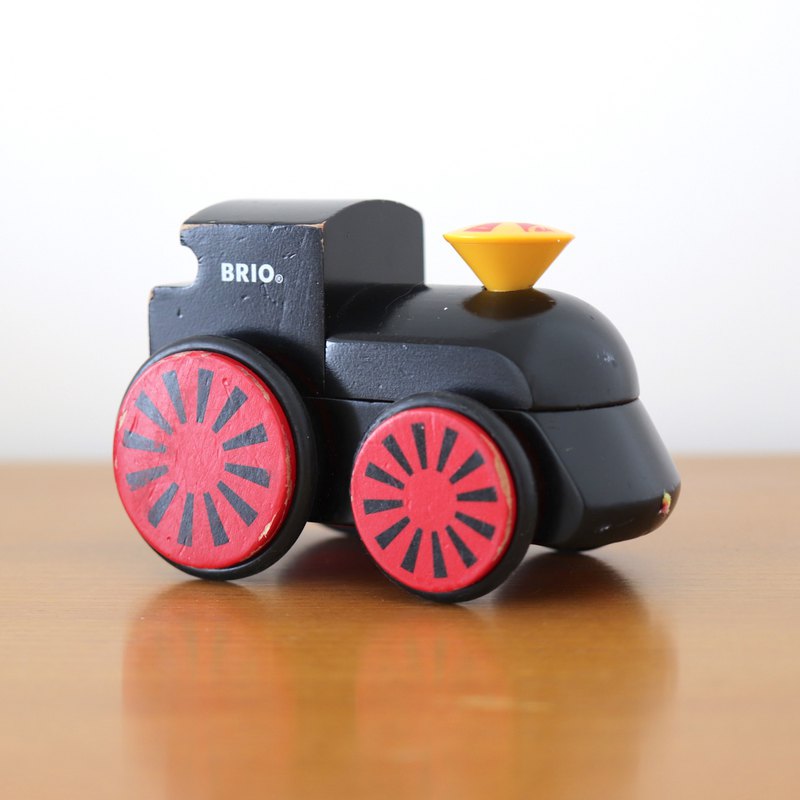 Brio locomotive classic design Made of solid wood As you push, the yellow plastic shaft of the front will rotate. Originally designed as a drag toy But the rope has broken And there are many traces of use (please refer to photos) Can be used as an old toy 13x8cm in length and 9.5cm in height ----------------------------------- Children growing up in Sweden Most have Brio toys or carts inherited from their parents Brio was founded in 1884 and is located in the southernmost tip of Sweden The 60-80s were the most prosperous period of business Also the first toy manufacturer to release a complete wooden rail train system (Later IKEA followed suit) The factory moved out of Sweden after 1994, Many parts materials have also been replaced by plastics due to the changing times But picked up the early Brio toys They can still see them made of solid wood, colorful paint, and well-designed institutions This is how Brio toys are reassuring, educational, and relentless. And represent the representative of high-quality toy crafts It has also become the childhood memory of the Swedes from generation to generation.