Material
Wood
How It's Made
Handmade
Where It's Made
Japan
Stock
Down to the last 2
Popularity
Listing Summary
The true shape is an oval curve that not only scrapes the tip of the ear, but also sharpens the entire ear, and because it is thinly finished overall, it has elasticity and can make a fine and fine matcha. 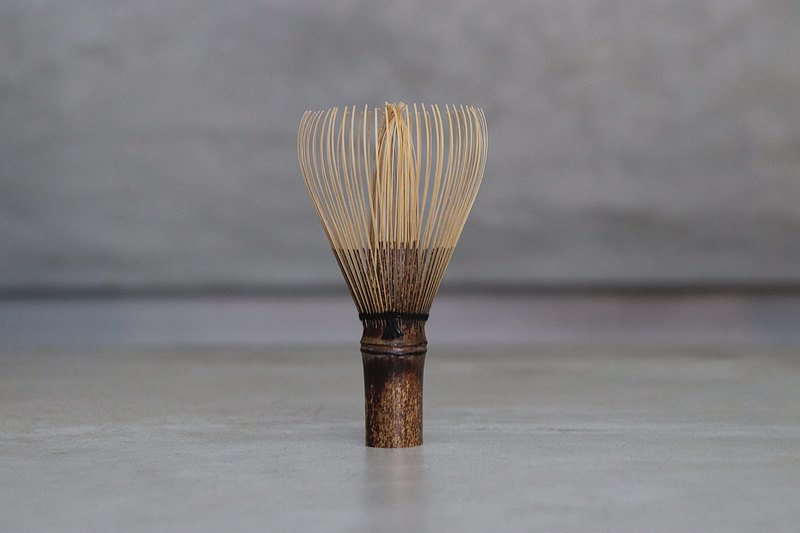 It is a true 60-piece standing using Japanese traditional crafts Takayama chasen black bamboo from Nara prefecture. All the processes are carefully handcrafted by craftsmen with traditional techniques, resulting in a beautiful chasen. The true shape is an oval curve that not only scrapes the tip of the ear, but also sharpens the entire ear, and because it is thinly finished overall, it has elasticity and can make a fine and fine matcha. It is said that there are only about 15 chasen craftsmen in Japan today, and the highly skilled Takayama chasen is very good, and it is also an excellent tool for making fine and smooth matcha. , Carefully made so that it can be used for a long time. ・ History of Takayama Chasen It was born in Takayama, Ikoma, Nara, about 500 years ago in the Muromachi period. It is said that it was created by Takayama Minbei Tadama Irido Mune, who was asked to make a stirring tool suitable for a tea ceremony by Tamaki Murata, a tea master who is said to be the founder of Wabicha. After that, the Takayama chasen that was created was presented to Emperor Goto Gomon. I was very pleased with the words of praise and received the name of "Koga" from the Emperor. The impressed Sokan worked hard on the production and technical improvement of the tea whisk, and the manufacturing method became one of the children of the Takayama family. It was. ・ Production process Takayama Chasen is a chasen that produces beautiful and delicious matcha by carefully and manually performing the following eight steps. "Haratake" Cut bamboo that has been aged for 2 to 3 years to the required size. Three types of white bamboo, black bamboo and soot bamboo are often used as raw materials. "Katagi" The first step to make a tip. Peel the epidermis from the top half of the knot to the tip. Then cut the part that becomes the tip with a knife. There are differences depending on the thickness of the bamboo, but the standard is at least 120% and at most 24%. "Small split" The process of dividing the part divided by Katagi into smaller pieces. When breaking, divide it into smaller and larger ones. "Taste sharpening" The process of making the most difficult and important tips that influence the taste of matcha. Carefully cut the tip so that it is thinner than the root. After that, squeeze it into the body and make a shape. "chamfer" A process in which each rising edge of the chasen is cut off slightly and both corners of the ear are cut off slightly. Eliminating the corners makes it difficult for tea to adhere. "Part 1 / Part 2" The process of performing the upper knitting in which the thread is doubled to firmly fix the root of the lower knitted spike. "Waist" The process of deciding the size of the chasen and adjusting the height of the spikes, roots, and spacing. "Finishing" The final process to correct the irregularity of the tips and adjust the shape, height and spacing to the tips.