Material
Gemstone
How it's made
Handmade
Where it's made
Japan
Unique features
Customizable
Popularity
Listing summary
It's a very beautiful blue quartz, like a beautiful sea ~ 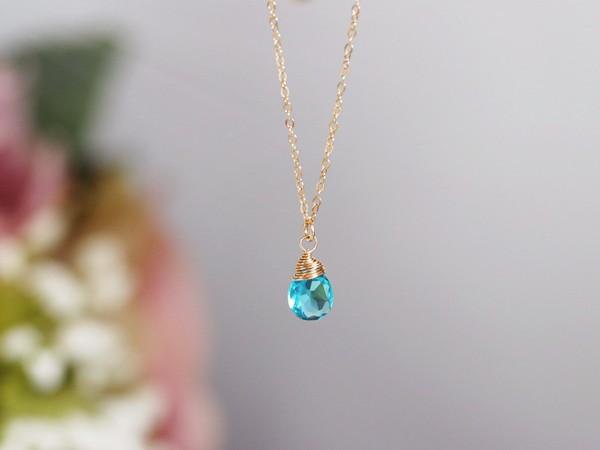 ~~~ Wrapping with ❄ + 250 yen ♪ ~~~ Instagram: ralulushu works videos are also being uploaded ・ Material -14kgf -Quartz: About 8-9mm (the sharp side is the back side) ・ Size -About 40cm (Specify size change, change to 925 silver, etc. from the option column) * Although I try to shoot in colors that are as close as possible to the actual thing, it is a feature of natural stone that the impression changes depending on the light conditions. ************ Quartz Power Stone Meaning / Effect The power of crystal is “harmony, integration and strengthening”. And it is known as a stone that has a very good purification effect. It creates a harmony to all things, not to mention stones, and guides them to integrate well and to exert even more powerful power. And, by the excellent purification action, it returns negative energy absorbed by other power stones and various waves to the original clean state. Crystals that are completely transparent are said to clarify the goals and the way forward and support the realization of dreams. Quartz also lends power to revitalizing mind and body, flowering potential, enhancing intuition and imagination. It is not an exaggeration to say that it is an all-rounder, especially among power stones. Quartz stone story / legend / speaking Quartz, which has been processed and used as beads and decorations by people since ancient times, is the most familiar and popular stone. Crystal is also a national stone that represents Japan. In the old days, it was called “Suisei” and was said to be a stone where spirits dwell. It was used as a sacred stone for sacred ceremonies. Quartz healing effect It is said that the vitality is activated, the cell's regenerative power and immunity are enhanced, and toxins accumulated in the body are eliminated. ************ ・ K14GF (14 gold gold filled): Unlike gold plating with a thin gold layer, a gold layer with a weight of 1/20 of the base metal is heat bonded. ************