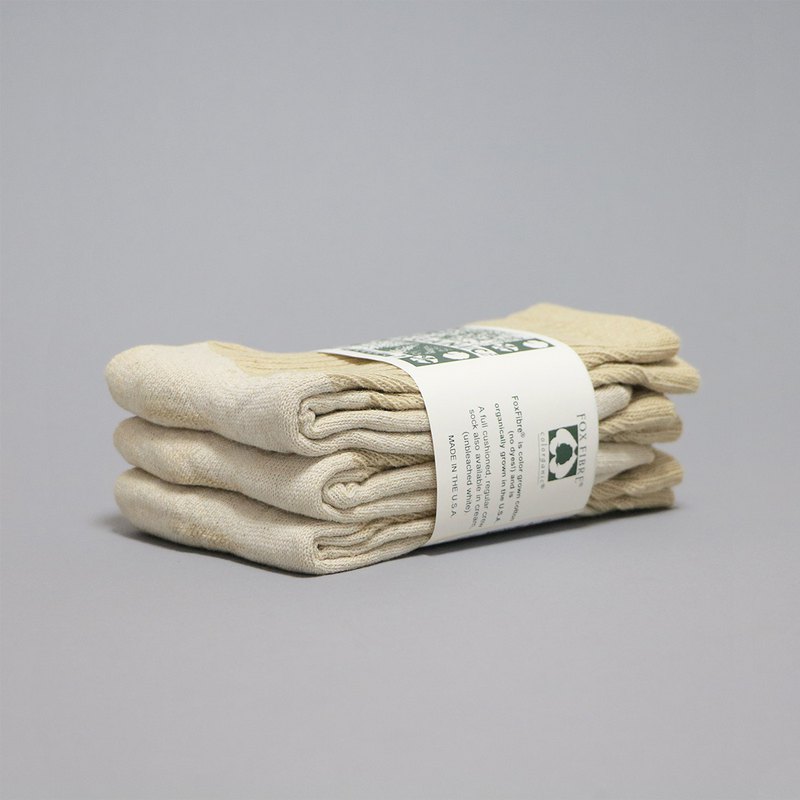 The Organic Threads from the United States are manufactured using certified organic cotton in the United States, from raw material planting to production to sewing. The production process for each pair of socks is carried out in the United States. Founders Gail and Rodney originally worked in the renewable energy industry. When they learned about the labor intensity of the US cotton industry, they decided to take action and support a part of the industry, so they started the cause of organic cotton socks. In 1994, FoxFibre dye-free organic cotton was used to produce socks with unique colored cotton. It was initially sold in a combination of 2 pairs of brown and 1 pair of cream green. The unique feature of FoxFibre, a colored cotton, is that it has a natural color in the growth process, without the need for artificial dyeing, which greatly reduces the environmental pollution caused by traditional white organic cotton dyeing. problem. In the 1980s, artificially dyed white organic cotton was commonly used in the US market. Sally Fox, founder of FoxFibre, believes that if color can be grown, why do you need to dye? He began to be obsessed with the breeding of colored cotton and white cotton. In 1989, he improved the shortcomings of the length and strength of colored cotton fiber, making the colored cotton seed become the organic cotton material accepted by the market for the first time. Used by well-known American apparel brands such as Levi's and LL Bean. Organic Threads Regular Crew Socks is actually worn between the ankle and the calf. It has three pairs of bags, but the price is quite environmentally friendly and the style of the socks. Origin / manufacturing methods American system