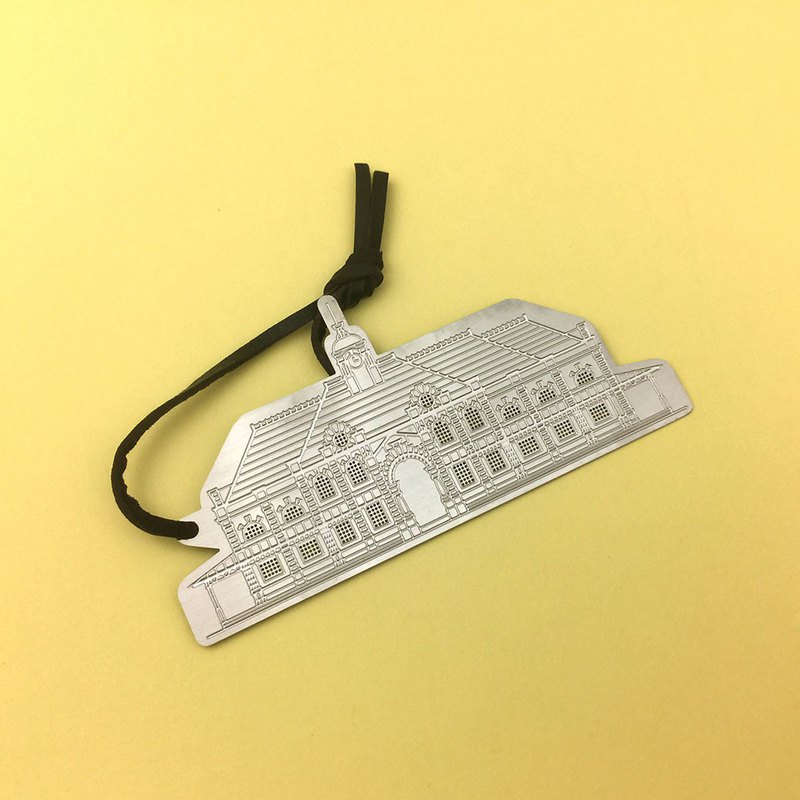 [Commemorative bookmarks of Taiwan's seven classic stations] The great wheel of the times keeps moving forward, never staying for anyone Good old classics can only be remembered from books and materials Although the era of action with wisdom in hand, everywhere is convenient and timely But the beautiful situation cannot be touched by the digital content. Follow the path of history and return to the railway station where the human relationship and the sophistication are connected with each other. Scenes of joys and sorrows are always mixed, and there is always a mixed aftertaste The change of the station is also the trajectory of the continuous advancement of the times Even if viewed from a modern perspective, artistic achievements that span history still surpass many contemporary buildings We transform this touch into life reading I hope this touch will stay in the great wheel of history. This time, Taiwan’s seven classic station commemorative bookmarks are launched, There are seven types including Keelung Station, Taipei Station, Hsinchu Station, Taichung Station, Chiayi Station, Tainan Station, Kaohsiung Station, etc. Each station bookmark is accompanied by postcards and envelopes. The postcards are accompanied by a description of the station’s history and hand-painted station maps and poems. Envelopes are attached and can be mailed to friends. [Xinzhu Station] Hsinchu Railway Station is the station with the highest evaluation of existing architecture and art in Taiwan. The fourth-generation station body was completed on March 31, 1913. It is the oldest in the existing stations and has been listed as a national monument. Hsinchu Railway Station is the work of Japanese architect Matsuzaki Mancho (松ケ崎万长) who once studied in Germany and settled in Taiwan in his later years and worked in the Ministry of Railways of the Governor's Office of Taiwan. His design incorporates part of the Baroque architectural style and part of the shape elements of German Goethe architecture. Its German architectural style is also quite different from other official buildings built by the Japanese colonial government in the same period.