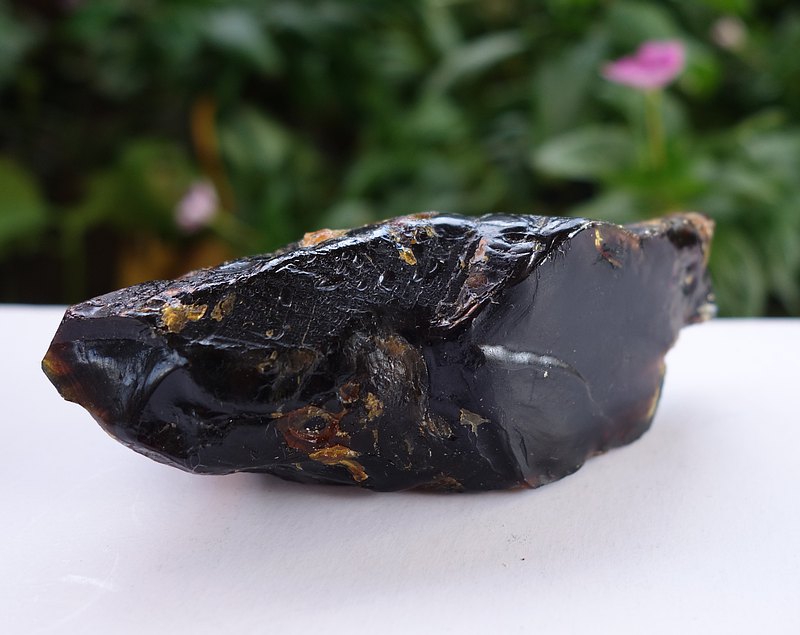 The amber is the longest of all ambers. Among the amber, the amber is the most expensive. It also symbolizes dignity and auspiciousness. Its price is five times that of gold. Therefore, it has always been regarded as a treasure by the dignitaries and the rich. Making Buddhist beads, carvings, etc. are the best sacred objects for Buddhist disciples and believers to worship the Buddha. The characteristics of Burmese amber are black under natural light, but red and maroon under light, and blue-green fluorescent reaction under ultraviolet light. Even experts who have been playing amber for a long time may be stupid to distinguish between blood amber and amber. Generally, apart from looking at the contents of the amber and the fluorescent reaction, now I will introduce a very effective technique and method. The difference between the two can be clearly distinguished by using a strong flashlight to irradiate the back of the blood amber or the amber, and then observe it from the front. If the diffusion effect is blood amber, the light-concentrating reaction is the amber. Amber is the most expensive amber. Many merchants have only heard of amber but never really saw it. Because of the scarcity of production, it is a rare fate to own a piece of true amber. Because of the rare fate of the amber. It symbolizes dignity and auspiciousness, so it has always been regarded as a treasure by the dignitaries and the rich. Using it to make prayer beads is the best sacred object for Buddhist disciples and believers to worship the Buddha. The predecessor of the amber is blood amber, which is the deep oxidation of blood amber, that is, the secondary oxidation of blood amber. It is oxidized very thoroughly from the inside out. To some extent, it can be inferred that if it is amber, it is There is no gold leakage phenomenon, because the emperor is oxidized to the innermost center, and it is definitely not emperor that can be ground to the leakage of gold, but can only be called blood amber. (Blood amber is basically an oxide layer, but only the depth of oxidation. Because the production of round beads needs to be cut into square particles, the blood amber with a shallow oxide layer will leak the golden amber body if it is made of a round bead) The amber is seen from the front vertically, the epidermis It is black and opaque, and this point is also available for black blood amber. The most intuitive way to distinguish between black blood amber and black blood amber is to use a strong flashlight to light up the light from the back of the amber, and observe from the front. The light-gathering reaction is the amber, and it can be seen that the red area on the front is almost the size of the head of the flashlight. On the other hand, the black blood amber illuminates the light from close to the back, and the front view will reveal that the internal red light is in a diffuse state, and it will not condense the light to the size of the flashlight's head. If we polish the plane again, this diffusion effect will be more obvious, the whole body will be red, and even if you polish it smoothly, the light will still be gathered together.

Material
Semi-Precious Stones
How It's Made
Handmade
Where It's Made
Taiwan
Stock
Down to the last 1
Popularity
Listing Summary
Name: Burma Rough Stone Size: 3.2*3.5**9.1 cm (take the largest value) Weight: 55 grams