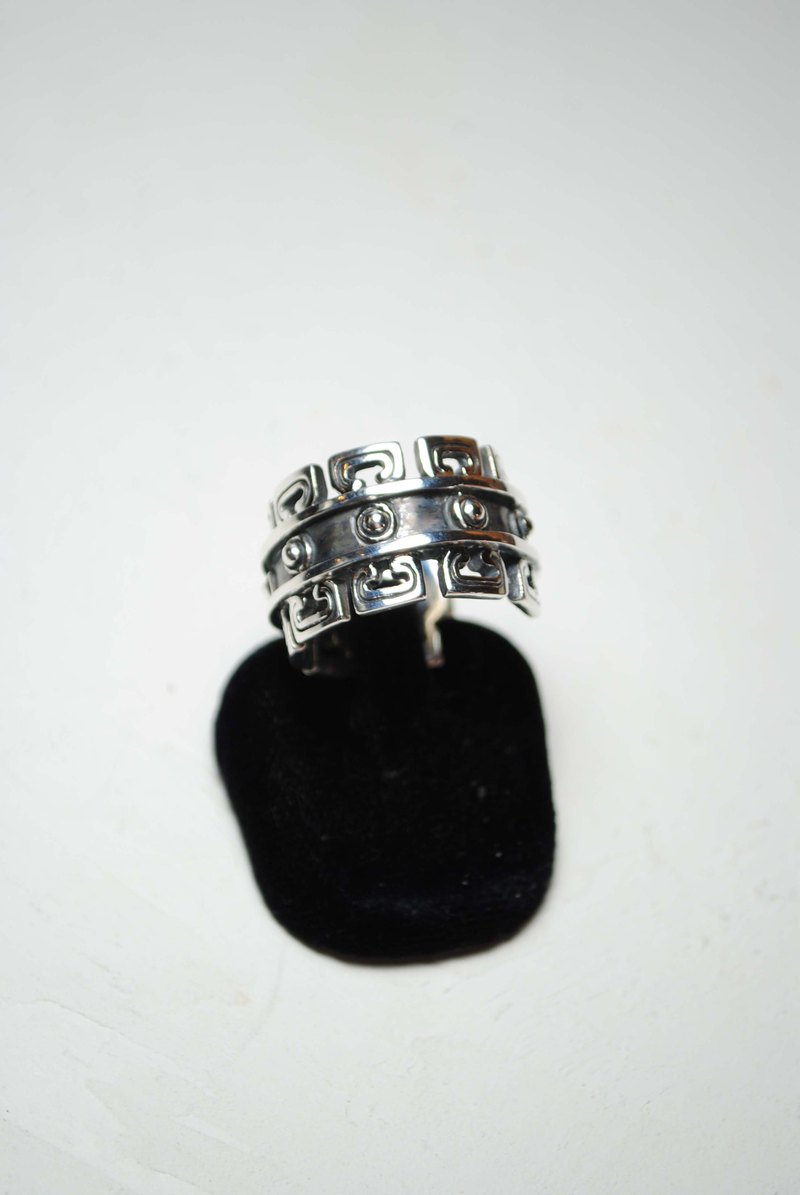 ⟨鼎轮⟩ In ancient times, Ding was regarded as a national weapon because of its weight, a symbol of power. During the Zhou dynasty, ritual and music prevailed, and the patriarchal system focused on: "Jun Jun, ministers, fathers, sons." What emerged under this ethos was the system that showed the identity of each class. «The Gongyang Chuan•桓公二年»: "The ritual sacrifices the word Jiuding, the princes seven, the doctor five, the Yuanshi San also." Although there is no patriarchal system full of class colors in ancient times, we can still appreciate the politeness and Confucian exquisiteness of the aristocratic class in the Western Zhou Dynasty by the adorning of the Ding Wheel and the thick and solid weight of the ancient Ding.

Material
Sterling Silver
How It's Made
Handmade
Where It's Made
Taiwan
Stock
Down to the last 6
Popularity
Listing Summary
Length: 1.6 cm Width: approx. 2.5 cm (there will be some errors depending on the ring circumference) Weight: about 16.7 g Material: 925 sterling silver