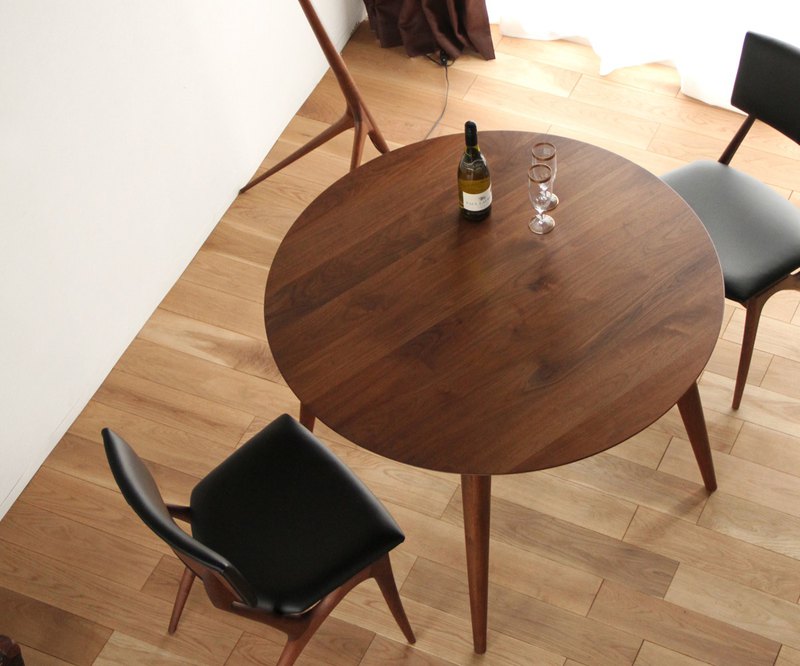 Round table is said to be able to shorten the distance of each other much more than a square four-sided table. That's why overseas restaurants place great importance on couples. However, because the idea that “restaurants are a place to sue the opposite sex” was originally in Europe and the United States, it cannot be said that the basics were kept. However, in Japan, there are few restaurants that have so many round tables. I think that the large square table is still the mainstream, and it is dominated by a hard image as it is a remnant that the company tribe had been ridiculous until then. Under such circumstances, the simple form and the sleek design give a cool impression unlike other tables. A miracle gem created by lonely beauty materials, unusual designs and discerning technology.

Material
Wood
How It's Made
Machine-made
Where It's Made
Japan
Stock
More than 10
Popularity
Listing Summary
Why are there few round tables in Japan?