The commemorative postcard of the Belle Epoque-1950 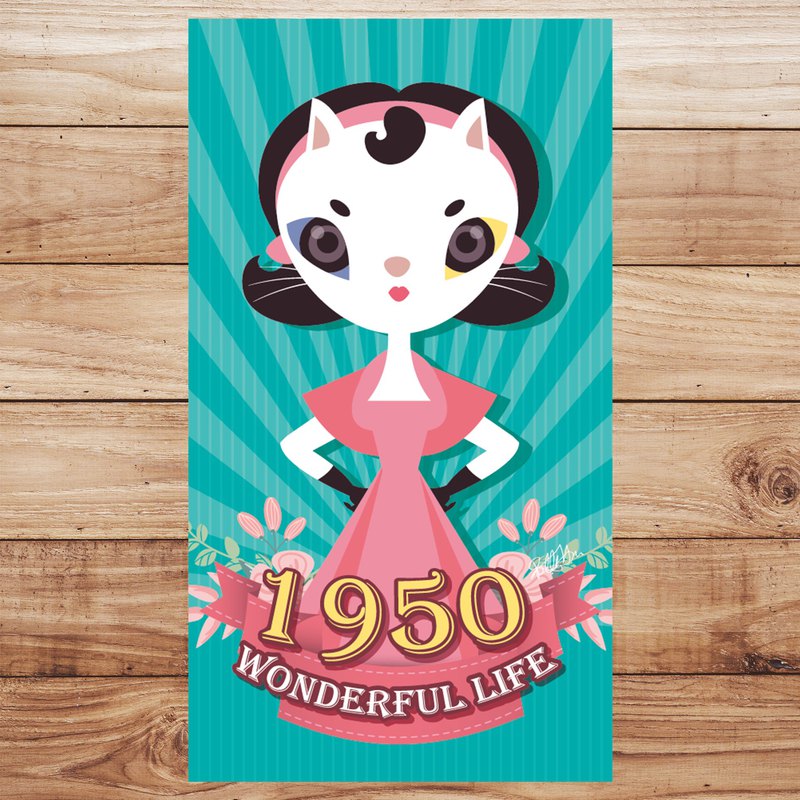 Selling the brain's <Bell-era> creative idea Each era has its own fashion significance and historical background. Selling these brains to these beautiful times, using Angora as a model, With everyone from the clothing accessories, feel good at that time. Perhaps you, like me, will find that you have walked past, Or the time when my mother and my grandmother were beautiful. 1910 was the post-war era. At that time, after the post-war recovery, most of the clothes were made of dark fabrics. At that time, the society was also in a conservative phase, so the skirts would be used in the skirts. Round skirts as a whole design focus. The 1920 is an elegant time to wear. Girls like to cut down and do not wear elegant short hair. All kinds of jewelry, precious stones and hair bands of various materials are stretched in order to make a jump from the previous era. The girl's painting on a thin eyebrow, but also for the use of translucent materials fabric to make the body looming depiction. In 1930, when the Second World War, the Great Depression, the bubble economy causes the fabrics that can be used at home to be used as raw materials for clothing. Compared with the previous round dress cut from the 1910s to the 1920s, the A-skirts are more inclined to save fabrics. The hand-embroidered clothing is also presented on the clothing. It can be used only when it is used. Ingenuity comes from its own hand-made era. Under the influence of the war in 1940, in addition to saving fabrics, women's status also rose. In this era, you will find that there are many clothing and high-rise shoulder pads, which also represents the gradual rise of women's consciousness. In the 1950s, after undergoing war, from the more neutral and strong clothing to the more female-cut designs. The cloth will use a higher-brightness color than before, and the color will be relatively high. The clothes of this age will make women look waistline, and the lines will be softer. The curls of the hair like waves will also show the feminine femininity. The most famous in the 1960s was the rise of pop art. In this era, people used a lot of saturated colors and bold contrasting color patches as fabrics. In this era, women raised their heads and created a wave of mini-skirts, even women. Also took to the streets for this purpose. Today we can see many girls in the streets wearing short skirts as a fashion dress, we must thank the women of this era and fashion changes brought us change. 1970 is the era of big bell-bottoms. The public appreciates the comfortable tailoring design, but it pushes the combination of bold designs and bright colors. This era has created an atmosphere of singularity and tide. Many ethnic styles have also shined in this era. The exaggerated colors and cartoon-filled atmosphere of the 1980s are unveiled here. Multiple materials are applied to the clothing. Saturated-colored pantyhose, fringed clothing, plush socks and cuffs are the products of this era. Seeing this era, can not help but stand up and "squeeze with her sister ~"!!! Which underwear wear is a symbol of the rise of women's consciousness in this era. In the 1990s, darkness and decadent tides set off. You will find girls wearing tattoos, piercing rings and dark style makeup, and the navel is the trend of the times. The design of the orchestra, nightclubs, and heavy metals, with black as the main tone, is the most sturdy in this era. It's the most popular! In 2000, denim fabrics and checkered shirts were worn to create a natural atmosphere. Denim bags, denim clothing and jeans were all worn out in this era. There are denim fabrics in your family? Quickly make yourself a retro-inspired gadget from 2000! Origin / manufacturing methods Taiwan Design / Made in Taiwan