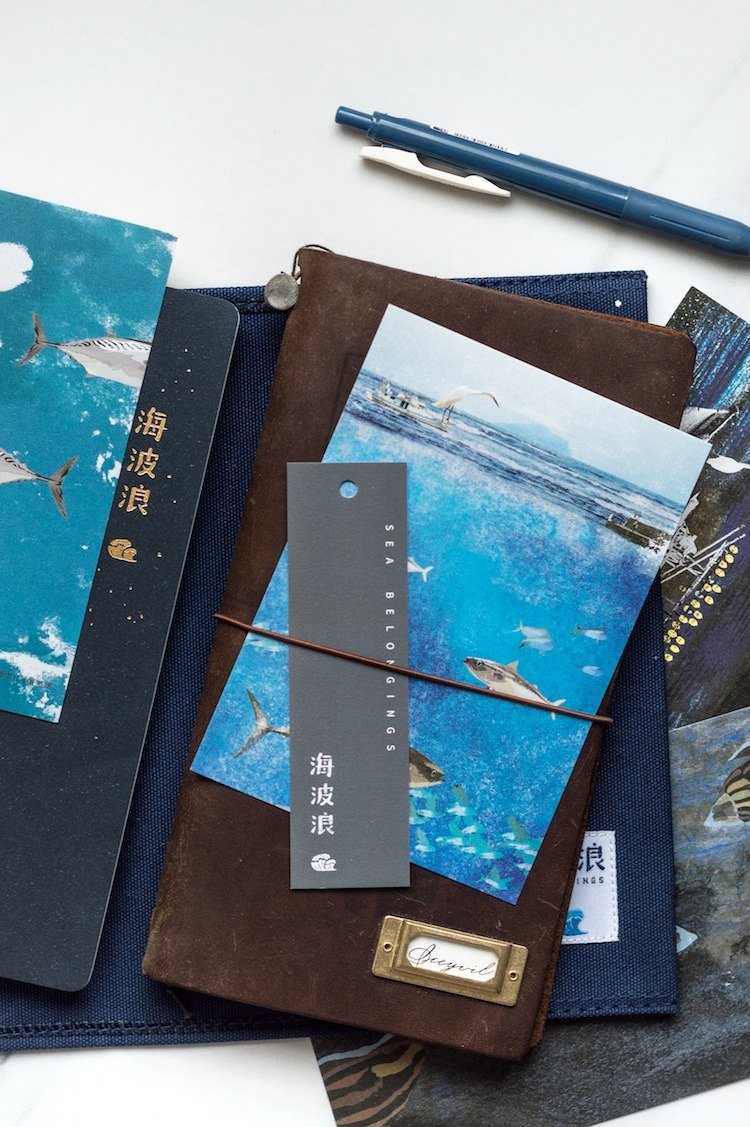 With the fishing boat sailing Gazing at the fish in the sea As a captain Imposing is necessary Like a light Straight shot into the water a piece of snow white Just flew up <The captain of the egret at sea> Size: 10.8X14.5cm Material: Star Magic Paper (Silver) "If the ocean is too far away from people, then bring the ocean." "Sea Wave" attempts to view and express the ocean impression and culture from a modern perspective, and to extend the interpretation of marine culture through daily necessities. Taiwan, which is surrounded by the sea, has accumulated a profound marine culture after years of change. It originated from the origin of the Nandao language family, Formosa in the western population during the great voyage, the past events from the Tangshan crossing to the island, and the arrival and departure of different nationalities. To leave traces in time, to the home of our residence today. The history of the "Great Times" constitutes the background of our growth. However, the "small age" belongs to the little memories of our growing years. The fishes that are misplaced in the coastal countryside, and the seaside that screams and screams, line the dark blue background. The former coastal road, the western beach, the northern rocky shore, the moment when the waves hit the reef, the fortified fisherman who led the boat into the port, the screaming passionate fish market, the lyrical seafood snacks... these fragments that have accompanied the growth of the people, those past and present And the possibility of the future is the emotions and thoughts we want to share with you through the "sea wave." Origin / manufacturing methods Taiwan