Material
Porcelain
Origin
Germany
Popularity
Listing summary
**Note: This is a trace of the use of antique goods, such as the use of scratches and fading, please accept the purchase! For detailed photos, please contact us.** 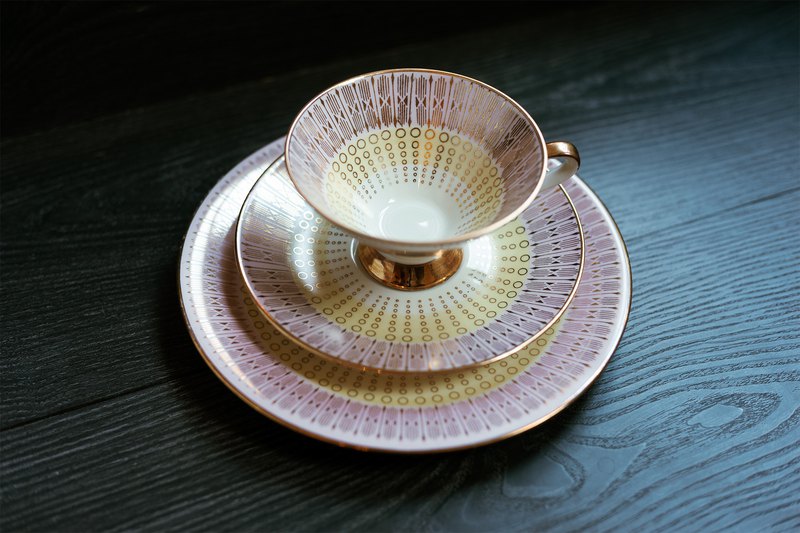 The pink and purple in the cup is matched with golden geometric lines and patterns, and the yellow part of the goose is a round frame. The gold handle, the bottom of the cup and the gold of the rim make the overall look more elegant. The bottom mark is the LOGO used in 1935-50 years and the words BAVARIA ELFENBEIN PORZELLAN. ☾ About Oscar Schaller&Co.? The Oscar Schaller & Co. porcelain factory was founded in 1882 by businessman Oscar Schaller. Ten years later he changed his trademark to "Schaller & Co.", which became the symbol of "S&C". In 1917, it was accepted by "Gebrüder Winterling OHG" and renamed "Oscar Schaller & Co. Nachfolger." It was taken over by several factories from 1920 to 1950. In 1950, Winterling named it "Gebrüder Winterling AG" with its other subsidiaries. Place of Origin: Bavaria, Germany Year: 1935 to 1950s Size: cup diameter 10.4cm, height 6cm / plate 15cm / snack plate 19.5cm Capacity: 150ml