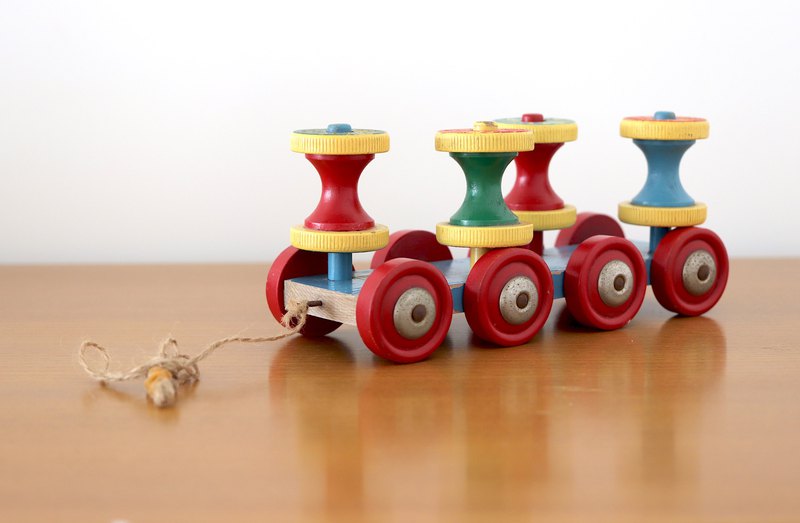 Drag old toys designed with old spools Is a rare toy theme Four spools can be removed and replaced Good condition and vintage When pulling, all spools will be rubbed by the sides and wheels And follow the rotation Inspire children to have fun 19cm in total length 8cm in width 9cm in height Old made in Sweden ----------------------------------- Children growing up in Sweden Most have Brio toys or carts inherited from their parents Brio was founded in 1884 and is located in the southernmost tip of Sweden The 60-80s were the most prosperous period of business Also the first toy manufacturer to release a complete wooden rail train system (Later IKEA followed suit) The factory moved out of Sweden after 1994, Many parts materials have also been replaced by plastics due to the changing times But picked up the early Brio toys They can still see them made of solid wood, colorful paint, and well-designed institutions This is how Brio toys are reassuring, educational, and relentless. And represent the representative of high-quality toy crafts It has also become the childhood memory of the Swedes from generation to generation.