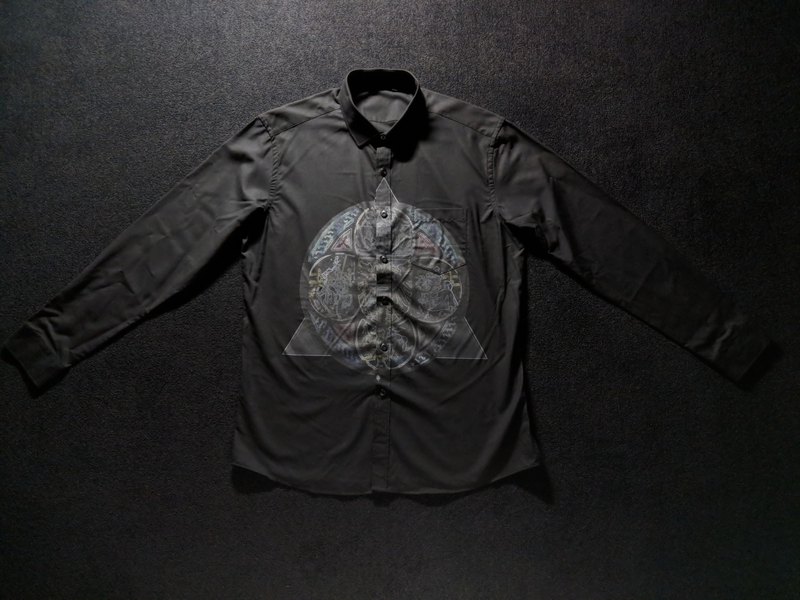 Stained glass is a common decoration technique in medieval Gothic churches in Europe. By adding different oxidized metals during the glass making process, the glass produces various colors. When outdoor sunlight is injected into the room through the window glass, rich light changes and space atmosphere can be generated inside the church. Although the window glass is the main feature of the Gothic style church, the age of appearance is much earlier than that of Gothic style church. According to narratives from ancient texts, stained glass decorations have appeared in ancient Egypt and Mesopotamia. At the latest in the 1st century, the ancient Romans used stained glass in windows, but at the time it was colored. Glass is less regular and less transparent. According to archeological evidence, the churches in the early Middle Ages have begun to use the windowpane as a manifestation. For example, in the famous Basilica of San Vitale in Ravenna in northern Italy, archaeologists dug three pieces of stained glass with a light wheel of Jesus and the cross, while Jesus stood in two places. Between the Greek letter A (symbolizing the beginning) and Ω (symbolizing the end). It is speculated that this set of stained glass may be used on windows, and that it was about AD 540, the same time as the construction of the church. Early examples of the use of colored glass in churches were not only in Italy, in St. Paul's Monastery (686) in Jarrow, England, but also in many ancient pieces of stained-glass windows. The medieval Romanesque churches in Europe used more sashes, but the walls of imitation Romanesque buildings were generally thick and the windows were usually not open. Therefore, the form of the sashes was more limited. During the same period, mosques were built with finer sashes. However, due to the Islamic beliefs, these sashes can only use geometric or botanical figures. Therefore, the change of sashes in the Islamic world is also a development. Limited. The window glass really became one of the main manifestations of religious architecture and should be the age of Gothic churches in medieval Europe. Compared to the Romanesque churches, Gothic churches have a more breakthrough development in the structure and structure of buildings. The building no longer uses the arch structure with limited shapes and dimensions. Instead, it uses the pointed arch and the flying buttress structural elements. The building therefore has a high-volume body. The site of the external wall body burden structure can also be reduced by many. This means that large-glass windows can begin to appear in Gothic church buildings. On the basis of long-term development in the past, stained glass finally appeared to be the most expressive in Gothic style churches. The Gothic church building originated in the area of Paris, France, such as Chartres Cathedral (12-13th century), Notre-Dame de Paris (12-14th century), Parisian sacred chapel (Sainte- Chapelle (13th century), etc., all have gorgeous and delicate flower window glass. There are various religious figures and themes on the Gothic church windowpane, such as Jesus Christ, John the Baptist, Virgin Mary, apostles, martyrs, saints, and so on. If the Byzantine church mainly uses mosaic as the artistic expression of the interior architecture, then Gothic churches use the stained glass. The gothic church often has a rose window as a representation of the rose window on the west main entrance, south wing or north wing facade. In Chartres Cathedral, for example, the theme of the rose window above the main entrance to the west of the church is the “Last Judgment”, which may be related to the orientation of the church and the configuration of the theological implications: When the Day of Judgment comes, God It will come from the east, and the resurrection of the dead will enter the west, and God and the judge will meet in the church. Since most of the medieval Christians were illiterate, they could not read the Bible themselves and learn important biblical figures and allusions. The window glass became one of the best sources for them to understand their beliefs. Therefore, the window glass was also nicknamed The Poor Man's Bible. In the era after the medieval Gothic architecture, flower windows were still used, but with the changes in church architecture and spatial forms, the role of flower windows is no longer as important as before. In the second half of the 16th century, because of the rise of the Protestant Reformed Forces in the Netherlands, they opposed Roman Catholicism and saw the art of various icons as idolatry. As a result, the iconography, murals, and stained glass were destroyed on a large scale. Many of the existing old churches have only transparent glass and no window glass. There are also many churches that have been re-enacted in the form of modern art after the war, such as de stijl, expressionism and even Postmodernist Symbolism. Until today, flower window glass creation continues to occur in new churches around the world, and there are specialized schools that teach and study the creation and technology of various window glass. The use of window glass and Christian churches has been regarded as the most architectural tradition of Christian churches. The important part.