Material
Other Metals
Where it's made
Taiwan
Unique features
Customizable
Stock
Down to the last 8
Popularity
Listing summary
Unicorn, the embodiment of hope and courage. The composition is lightning, starry sky, and the galaxy of the universe, bringing more courage to the unknown challenges. 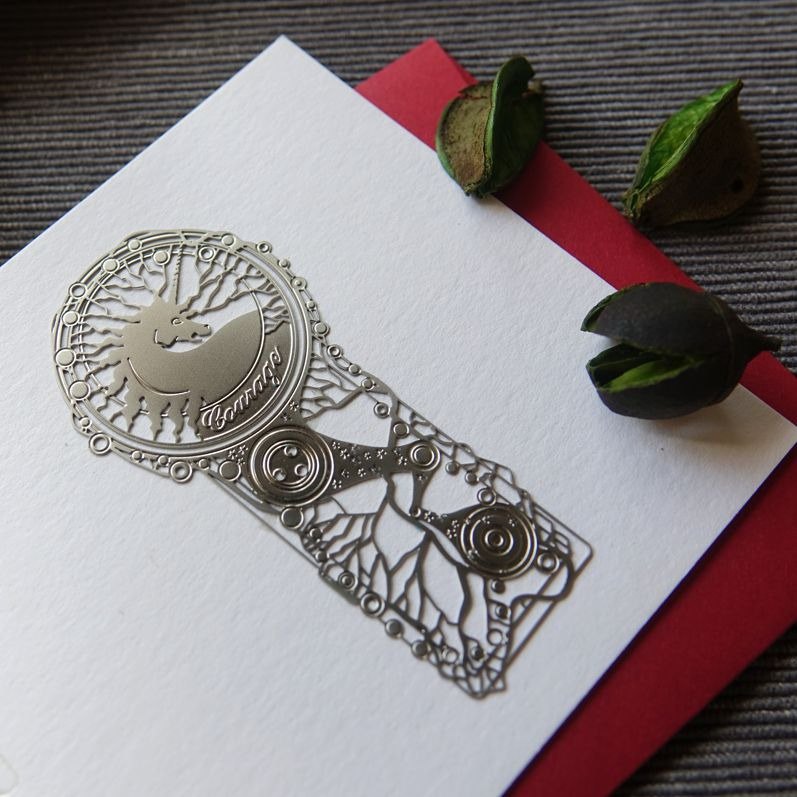 "Bible. In the Old Testament, the horse with a toxic horn in front of it was called "re em", originally translated as "monokeros", and later became "unicorn" in English, which is now the universal name - unicorn. The unicorn symbolizes hope and purity. It is said that any unclean object touches its sharp corner and will be turned into annihilation in a moment. In addition, it is said that the unicorn horn can purify any poison and even bring life back to life. Therefore, in the medieval era, many merchants used other horns to fake the unicorn horn to make profits. The unicorn is also the patron saint of the forest, inhabiting the ancient virgin forest, the pure girl can attract the unicorn to approach, and then become his patron saint, to bring hope, let the people of 踌躇 renew their courage. * When using a bookmark, it is recommended to insert the book corner at 45 degrees to make the book movement smoother. Place of origin Taiwan