Material
Other Materials
How it's made
Machine-made
Where it's made
Taiwan
Stock
More than 10
Popularity
Listing summary
NYMONSTER New Year's beast style pin is on the shelves! Cute and fun style pins make all kinds of items more interesting~ 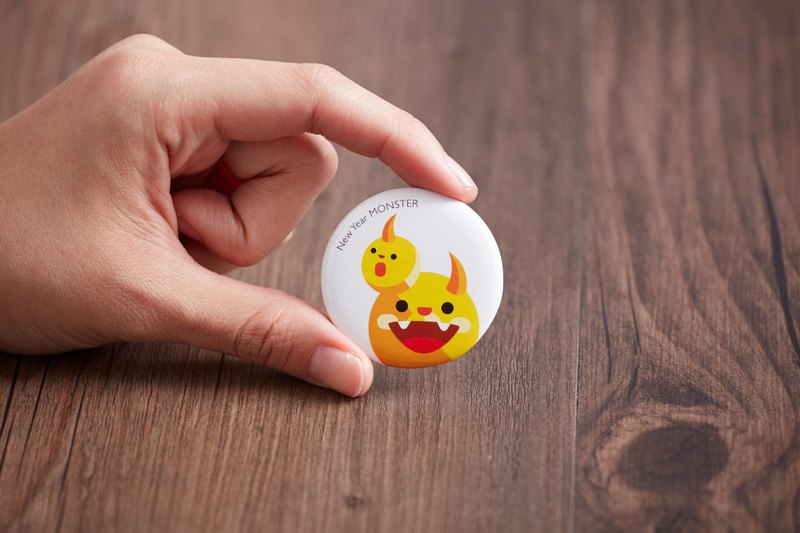 NYMONSTER New Year's beast style pin is on the shelves! NYMONSTER is also known as the New Year MONSTER New Year's Beast series. Dotfuns, who likes to flip all kinds of ideas, brings a more interesting and positive image of the New Year's beast series. Who said that the beasts of the year are so licking, the NYMONSTER series of beasts are not only cute and charming, Interesting characters and characteristics are more in love with love. <Yellow New Year Beast> Sparkling love, optimistic and cheerful, and lovable, my mouth is my sign. When I was on the scene, it was the focus of attention. I used the charm to discharge the audience. The superstars in the New Year's beast world exude self-contained light and heat to illuminate everyone. <Red New Year Beast> People are crazy and have some nervous enthusiasm. I like to join in the fun, and once I appear, I will become a superstar in the hot spot! The enthusiasm of the character is a little impulsive, and the OK stretch on the head is the best evidence of frequent blasts. <Blue New Year Beast> It’s better to be happy than to be happy. Thinking too much about being offended, or being alone is no risk, The tears on the face are not through the eyebrows, it is a kind of free and easy experience. <Green New Year Beast> It’s not naive to be full of heart, and naughty and teasing others is just an interactive model. I like nothing to have fun, and the mysterious face under the blindfold can't guess his mind. The little green and green in the New Year’s beast world is definitely not just a book. Good at all kinds of difficult tricks, be careful that you are also the target of his attack~