Material
Paper
How it's made
Machine-made
Origin
Taiwan
Stock
More than 10
Popularity
Listing summary
The desk calendar is based on the book "London Flowers" in the UK. This set of books has collected more than 400 local flowers in London and the suburbs within ten miles. 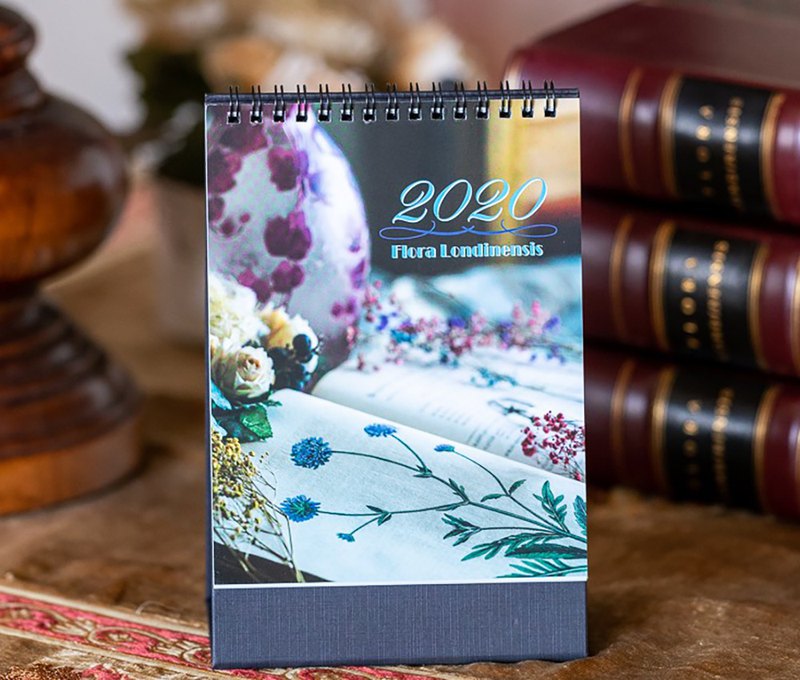 Product specifications - Bottom: Textured black cardboard / black coil - Material: Level 1 card / Recommended oil pen writing, no ink marks left - Size: 21 (with base) / 18 (without base) X14CM (12 pages) Product description The desk calendar is based on the book "Flora Londinensis: or Plates and Descriptions of Such Plants as Grow Wild in the Environs of London". This set of books has collected more than 400 local flowers in London and the suburbs within ten miles. The table calendar has selected 12 plant maps to accompany you throughout the year. The British insect and botanist William Curtis (1746 / 99), who published the book, was originally a pharmacist and later interested in plants and museums. His work has received extensive attention. The eighteenth-century British natural history, because of the addition of these amateurs, the entire face of the change. At the age of 25, Curtis continued to publish the book "Instructions for collecting and preserving insects", which was popular with the general public. From 1771 to 1777, he became a tour guide and inspector at the Chelsea Physic Garden in London. In 1779 he founded his own London Botanical Garden in Lamberts. In 1789, the Botanical Garden moved to Kensington. -Brownton in Chelsea. These experiences allowed him to continue his botany and plan to publish London plants. At this time, the purchase and reading of English flower books were mostly botanists, pharmacists and early flower lovers, but Curtis tried to cut into a wider audience with professional and artistic methods. Therefore, he not only wrote a lot of plant details for this plant illustration, in order to identify the classification of various plants, at the same time, he also made the size of the large open book, so as to present the original size of the collected plants. His careful attention to the plants made him meticulous in the production of botanical illustrations. James Sowerby (1757 / 1822), an artist who shines on the 19th century plant drawings in the UK after the three eyes. In addition to William Kilburn (1745 / 1818), Sydenham Edwards (1768 / 1819) and the hand-painted process of the copper plate are carefully crafted to detail the charm and details of various plants.