Material
Wood
How It's Made
Handmade
Where It's Made
Hong Kong
Unique Features
Pinkoi Exclusive
Stock
Down to the last 1
Popularity
Listing Summary
10mm Agarwood,金䯭晶 + steel 貔貅 bracelet 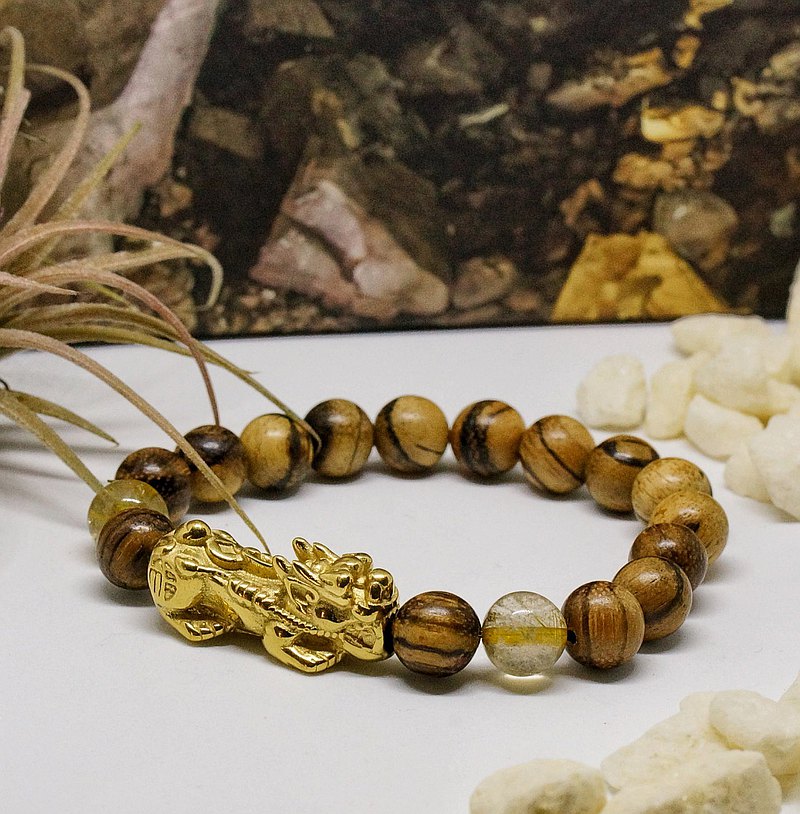 10mm Agarwood,金䯭晶 + steel 貔貅 bracelet Legend is that the ninth son of Longsheng Jiuzi, can rush the clouds, command the thunder, the rain is clear, according to legend, there is evil spirits, the power of the town house. Longsheng nine sons, different powers. Its son, the father wins thousands of times, grows a mouth, looks like a golden plaque, scaly, a shape like a unicorn, taking the best of the beast, having a mouth without a butt, swallowing everything without diarrhea. You can recruit eight squares of wealth, you can gather treasure, you can only enter, the magical power. Because of the violation of the sky, the Jade Emperor punishes him for only to eat. Therefore, it is for the sake of the fortune to eat, and to eat the fortune of the Quartet, the belly is a gathering of coins, and at the same time urge the official transport. You are a fierce beast, and your heart is very strong. The role of the town house to ward off evil, the role of squatting in the wind and water, can be divided into the following points: First, there is the role of the town house to ward off evil. Putting the already-opened 貔貅安 in your home, you can make your home run well, strengthen your luck, get rid of evil spirits, have the effect of a town house, become the patron saint of your home, and keep your family safe. Second, there is a role in the promotion of wealth. This is what many people know. In addition to helping the financial sector, it is also helpful for Zhengcai, so businessmen who do business should also be placed in the company or at home.