Material
Pottery
Origin
Germany
Stock
Down to the last 1
Popularity
Listing summary
**Notes**: This is an antique product, and the snack plate has the use of knife marks, these are the smell of antiques! Please accept the purchase again! For detailed photos, please contact us. ** 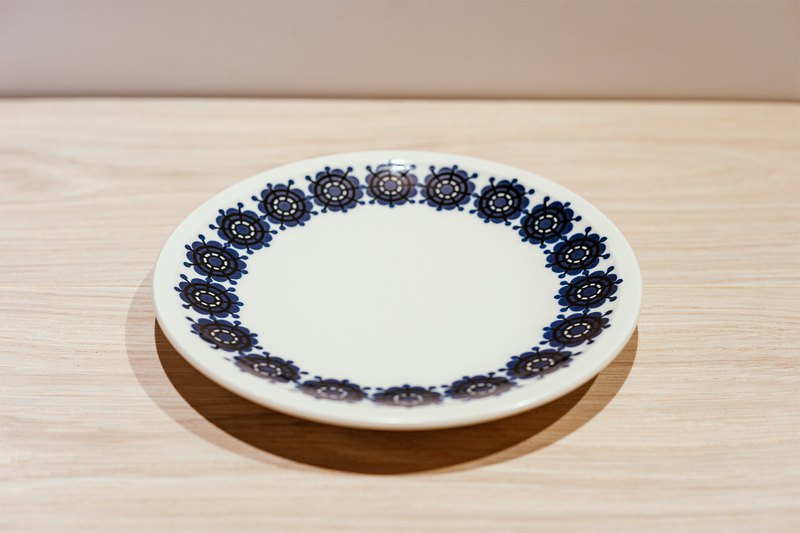 A geometrical round piece of cyan blue flower pattern that is complex yet recognizable. The groove design at the bottom allows the water at the bottom of the cup to flow out to achieve a quick drying effect. ☾ About the Schönwald collection? Founded in 1879, it is located in Bavaria. At the time, Johann Nicol Müller turned his sawmill into a porcelain factory. From just two furnaces in the beginning to seven furnaces in 1896, the number of employees increased to 340. Johann Nicol Müller also passed away that year and was converted into a joint stock company by his son. In 1927, "Porzellanfabrik Schönwald AG" was acquired by "Porzellanfabrik Kahla" in Thuringia, Germany. After the Second World War, Germany was divided into East and West Germany, and the headquarters of the Kahla Porcelain Factory was moved to Schönwald. In 1972, the company merged with "Hutschenreuther AG". In 1998, "Hutschenreuther AG" was renamed "BHS tabletop AG" and transformed into a home brand. In 2001, through the reorganization of BHS, "Schönwald" became one of the most advanced hard porcelain production brands in the world. Brand: Schönwald Origin: Germany Year: 1960s Capacity: 170ml Size: cup mouth width 8.2cm, height 5.8cm / plate 14cm / snack plate diameter 19cm Price: $1080 for coffee cup, $850 for snack tray, $1800 for combination price