Material
Sterling Silver
How it's made
Handmade
Origin
Hong Kong
Unique features
Customizable
Stock
Down to the last 1
Popularity
Listing summary
Made in 925 sterling silver, this pendant comes with a complimentary sterling silver necklace. 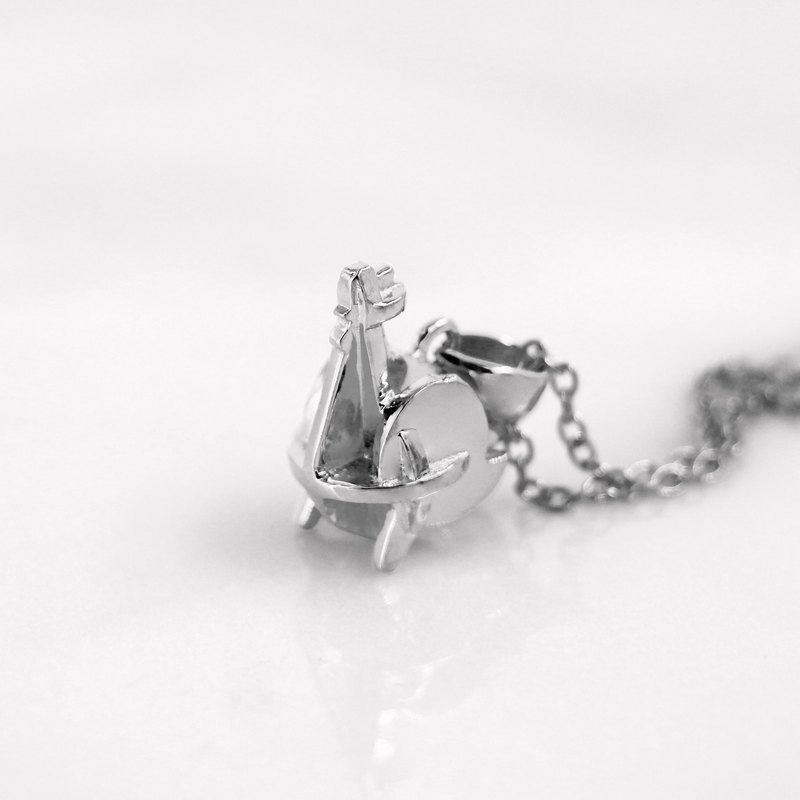 By combining traditional oriental horoscope and modern structures, we achieved this fashionable design series. We want others to take a step back and look at “traditions” from a non-traditional view. About Rooster: Year of the Rooster: 1933, 1945, 1957, 1969, 1981, 1993, 2005, 2017, 2029 ...... Character: Flexiblility, conservation, enthusiasm, beauty, honesty, humorousness. Arrogance, self-showiness, boast, blind worship, debauchery. Lucky Color: White, apricot, yellow, orange, cyan, green Zodiac Pairing (Best): Dragon Zodiac Pairing (Good): Cow, Snake When choosing oriental zodiac jewellery, we strongly suggest you pick the animals that are the best or well paired to yours. Zodiac Pairing (Best): Zodiac Pairing (Good): Below are more tales about the oriental zodiac ：） In many oriental cultures, years are represented by 12 animals, collectively known as the oriental zodiac. Every now and then you hear people say they are born in the Year of the Goat, or they are sheep. This confirms that the oriental zodiac has a very deep history and is part of tradition. But how are the animals chosen? This is a topic that has been circulated since the ancient times. Legend has it, on his birthday, the Jade Emperor, the first god, called upon all animals to come celebrate one the ninth day of the first month in lunar calendar. He decided to select twelve animals as the guards leading to the road to heaven. They will rotate annually in the order of the congratulations on his birthday. Back then, mouse and cat were neighbours. Quite often the larger cat bullied the weak mouse and it was too afraid to fight back. The cat had a snooze problem. After receiving the order from the Emperor, the cat knocked on the mouse’s door and asked the mouse to help wake him up for the Emperor’s birthday. The mouse agreed and thought: This is the chance of revenge! In the morning of the Emperor’s birthday, the mouse quietly left without waking the cat up. Although the mouse got up very early, it ran very fast, but when it came to crossing the wide river, the mouse was quite hopeless. He had to sit and wait for other animals to cross the river and jump on their backs. The mouse waited awhile till the first one came. It was the cow. The cow was the earliest to leave and walked quietly to the river. The mouse jumped agilely into the cow’s ear as soon as the cow went into the river. The cow was usually praised for his generosity and helpfulness. He didn’t care for the mouse’s deliberate act. After crossing the river, the mouse was too comfortable to jump down. When it was almost noon, the cow arrived at the door of the Emperor. Just before the cow was about to enter the door, the mouse jumped out of the cow’s ear at once and went to the front of the Emperor. The mouse took the first place. The cow that carried it all the way, only became second place. Later on, tigers, rabbits, dragons, snakes, horses, sheep, monkeys, chickens, and dogs also arrived. Although the pig was clumsy, he also manage to arrive on time and was ranked 12th. The Jade Emperor gave them the annual rotation according to the order in which they arrived, and the order of the Zodiac was determined. On the tenth day of the first lunar month, the cat finally woke before dawn. He then left home immediately thinking it was still the day of the Emperor’s birthday and how he was so ahead of others. He arrived and knocked on the Emperor’s door, shouting,’Your Highness, the cat has arrived!’ The doorman opened with a big laugh,’You are one big dumb cat! You are late for one whole day. Go home and clear your head! Don’t always look so sleepy and take the Emperor’s word so lightly!’ The cat was dumb-founded and extremely mad. This is the reason why every cat has to hunt down every mouse in the world.