Material
Stainless Steel
How It's Made
Machine-made
Where It's Made
Taiwan
Stock
Down to the last 3
Popularity
Listing Summary
Large capacity for many keys. Key Chain featuring Bottle opener 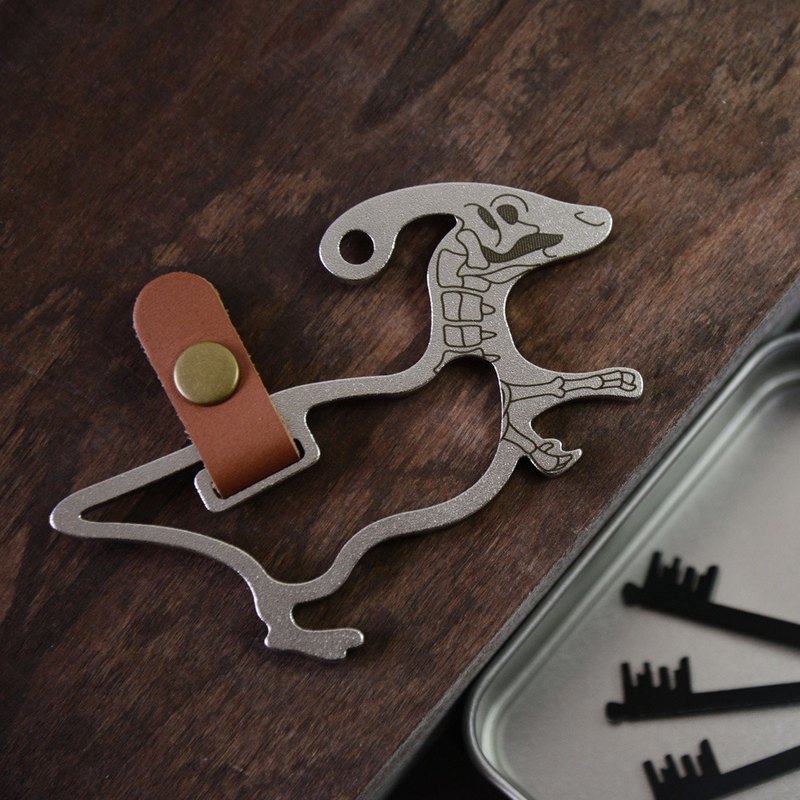 Dinosaurs first appeared hundreds of millions years ago. The first dinosaur fossils were recognized in the early 19th century. Then mounted fossil dinosaur skeletons are major attractions at museums around the world. The inspirations came from the shapes of large animals in Cretaceous Period. They are key chain featuring opener. Line: Tyrannosaurus , Triceratops, Hadrosaur (Lambeosaur)