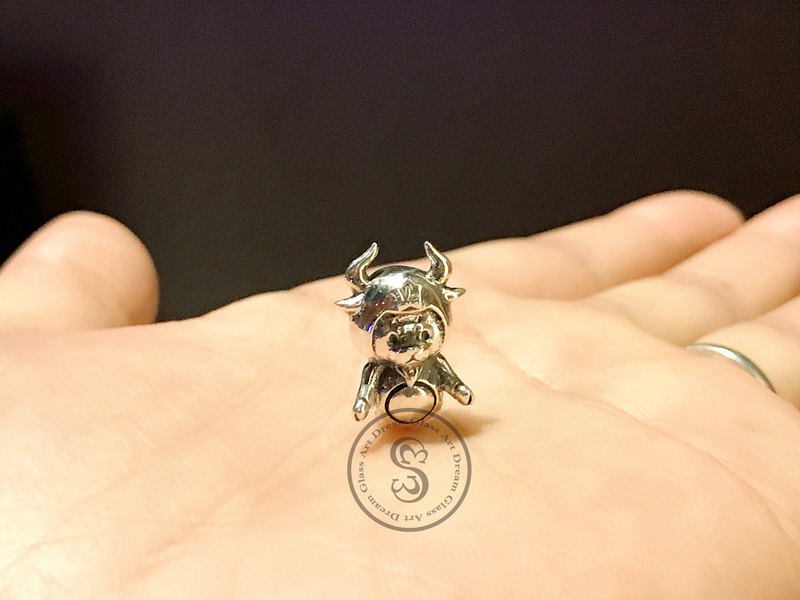 ((2018 Ma Lei Bear constellation - Capricorn )) **Single item** (without string of glass beads bracelet) ×2018 - Ma Lei Bear - Constellation Series × In 2018, the Ma Lei Bear after the transformation, At the same time the constellation series was born. Capricorn (Constellation date: December 21 ~ January 20) The 12 constellations are widely used in the interpretation of personality and psychology in the contemporary era. Over-representation by the mass media is now a topic and discussion for everyone after a meal. In ancient astrology, the analysis of constellation personality was not so emphasized. The constellation was mainly used to judge the difference between the power of the planet. Regardless of the angle from which the constellation is viewed, the parsing disk contains at least four parts: the planet, the constellation, the house and the phase. Astrologers must integrate the relationship between the four and try to interpret the information in the chart, not just the interpretation of the constellation. Capricorn trait Capricorn is also known as Capricorn or Capricorn. The ruler is Saturn. The English is Capricorn. The constellation symbol is ♑, and the patron saint is Saturnus. The Capricorn personality has a strong endurance, a pragmatic attitude, a step by step, a strict personality, discipline, However, due to the influence of Saturn, it sometimes shows the characteristics of indifference, depression, pessimism, depression, lack of romance and difficulty in communication. ★Work specification Material: 925 sterling silver Size: ±1.7X1.3CM Origin / Taiwan Manufacturing method / handmade PS. Product photos are actual products, taken with (magnification 20 times) macro lens!! In order to let customers see the real goods, and did not strengthen the retouching, the merchandise is pure and normal.