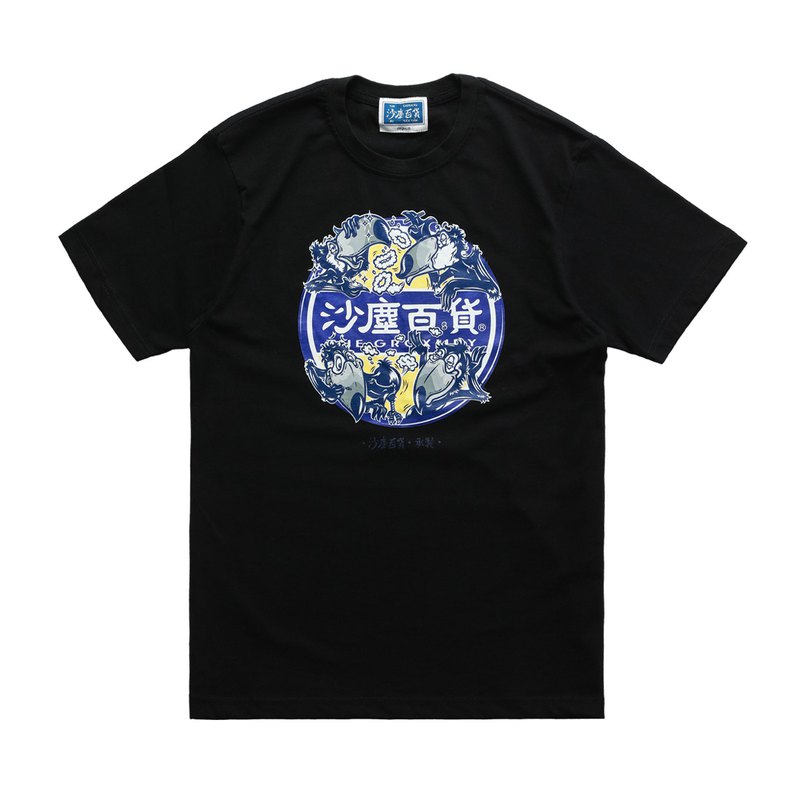 Dust Department Store·Yue Ren Bird Language T-Shirt In ancient times, the Cantonese were regarded as "bird people", and the words were naturally called "bird language." The emperor was afraid to listen to the birds and speak the official language, so the Ming and Qing dynasties only produced five champions. Birds have always liked to send a glimpse of their own entertainment, fart smoking and snoring, and sometimes use the geese to squat down the beak. The act of "捋" is the right of God to enjoy self-enjoyment. You will see Liang Chaowei who licks his hair on his mirror, and he will also see the stupidity of his own hands. I am very particular about it. KY is used for bananas and Kwai iste on the cheeks. As for the banner of "dust department store", it is necessary to use "Cantonese plus the obsessive department store" and the second time. The creation of the Sanqi match is a golden ratio, and then the bird’s identity is reversed (Cantonese, meaning no compromise, deliberately right). The predecessors used to moisturize and maintain the cheeks. Today, I am swearing (Cantonese, meaning to start, "㼽", the common pronunciation of "province"), Cantonese signs, are all face-to-face. In the local grocery store in Guangzhou, the designer selected and extracted the Chinese packaging font elements used by the Baique Lingmao Moisturizer in 1951 to create the era of the “Dust Department Store”.

Material
Cotton & Hemp
How It's Made
Handmade
Where It's Made
mainland China
Unique Features
Pinkoi Exclusive
Stock
More than 10
Popularity
Listing Summary
As for the banner of "dust and dust department store", it is necessary to use the "Cantonese plus the obsessive department store" as the golden ratio of the second creation of the three-seventh, and then use the identity of the birdman