Material
Other Metals
How it's made
Handmade
Origin
Japan
Stock
Down to the last 2
Popularity
Listing summary
A cultural kitchen knife (Sandegoku knife) was completed by Yamagata Knife's Kageji craftsmen. Sharpness is outstand 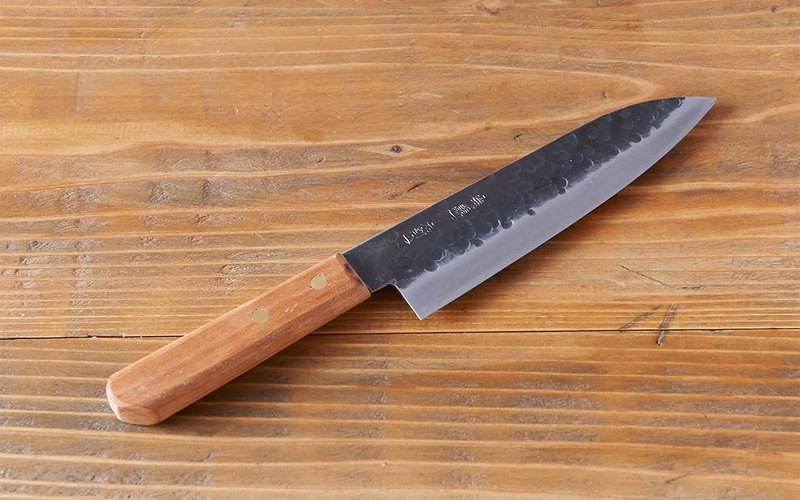 Karakurela (Everyone's Eye # 02) A cultural kitchen knife (Sandegoku knife) was completed by a craftworker of Yamagata knife that is producing the product. The manufacturing concept of Takaru kitchen knife was a "second knife" with a large number of appearances. The first kitchen knife is so-called "culture kitchen knife (Sandegoku knife)" This thinks that most people who already have it, and knife of knife blade has never used, and the first strike Cutler knife was the starting point as to whether it is best to use it as the second kitchen knife. After the kitchen knife that ends at the end of 2015 is completed, it has received popularity greatly exceeding expectations since the launch, and many customers are using it. Of course not only sharpness but also hammer eye and handmade pattern are popular, I was able to feel the difference between the knife blade of mass production product and the knife of striking knife that the craftsman forged one by one. Among them, I want a culture kitchen knife as a series of shrinking rabbits, I got a lot of voices to use. I received the voice and tried to cooperate with Shimada Knife Manufacturing Co., Ltd. who produced the kitchen knife, and this is a cultural knife here. If you want a second kitchen knife, this is the first kitchen knife. You can use it for daily cuisine. The size is generally said to be a cultural knife. Among them, if there is a width in the length of the blade, it is a size that can be said to be long. Even when cooking a large number of people, cutting large vegetables, meat and fish, general household dishes are enough enough. Original pattern using Keyaki tree. Even with kitchen knife knives, the handle often attaches outsourced items, but here Mr. Shimada has made one point cutting from Keiki 's tree. When it is outsourced, it tends to be as natural as I have naturally seen, but the pattern is clasped in a form like a knife, even though it is a cultural knife. The blade was a blade of swordsmith, the whole was finished in a kitchen knife which drifted in some Western style. There are hammer eyes remaining after hitting the blade, which is unique to the knife blade. Also with the unevenness of this hammer eye, it is easier to get away from the blade when cutting it like cucumbers. Many of the knives used are "single-edged" used by Japanese chefs, but this cultural kitchen knife is "double-edged" because of the concept of the first knife to use everyday. It is the same as a commercially available kitchen knife and its usability is also the same, so please be relieved. Both edges are symmetrical with blades, so you can use either right handed or left handed. Material Kitchen knife: Stainless steel · Steel pattern: Keyaki (Thu) 【size】 Total length: 31 cm Blade-over: 18.3 cm 【box】 It is exclusively boxed.