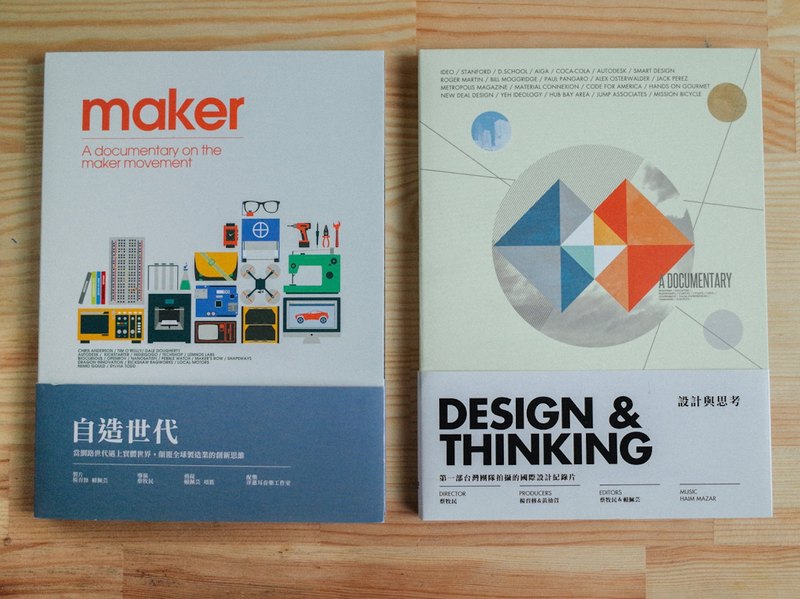 "From generation to generation" & "Design and Thinking" two international documentaries, can now be together Oh! The movie is accompanied by an educational power of attorney Forbes, the most authoritative financial magazine in the United States, has been carefully chosen as a must-do documentary. Design and Thinking is an international documentary on "Design Thinking." Design thinking is the same hot topic discussed by the design community and the business community. In recent years, it has been detonated by the well-known American company IDEO to promote a corporate model of left and right brain development. It has also brought humanistic concerns and creative thinking to entrepreneurship and decision-making. The film is still widely spread in the international design circles, design students must see the documentary. We interviewed well-known design companies in the United States to learn about design thinking and extend the lens to all walks of life, including entrepreneurs, entrepreneurs, educators, cyclists, chefs, scientists, government officials and even movie workers. Understand how they face the problem of indecision. As soon as it was introduced, many well-known enterprises and schools were competing to showcase the mass of design circles, including major corporations such as Google, Microsoft and Target, as well as Buddhism, Berkeley University and Northwestern University. American Designers Association CEO Richard Grefé praised as "a major contribution to the design field!" Was rated as one of the "Seven Must-haves Must See Movies" on the Internet, 40 Several countries show more than 400 games, enter 16 international film festivals and are honored to be invited 2015 National American self-make carnival National Maker Faire, as the only electricity Video show! Maker Self-Generation is an international agency that explores the "self-made movement." Documentary, topics include Maker Faire (Makers Carnival), Makerspace (from Creator Space), Open Source, 3D Print, Crowdfunding (Crowd Raising Capital), Manufacturing (manufacturing), self-made business model and so on. The main soul of the film's visit to the American self-made movement, as well as world-class science and technology The thought leader, including the book "self-made era" author is also former "wired" magazine editor Chris Anderson, Autodesk CEO Carl Bass Autodesk, and Olaye Tim O'Reilly, founder of O'Reilly Media, discusses the "self-made movement" Socio-economic and manufacturing, how to bring significant impact. "Self-made generation" movie trailer: https://www.youtube.com/watch?v=VREirE8afgg "Design and Thinking" movie trailer: http://www.youtube.com/watch?v=x_fQlUtoUqU ※ accept a large number of orders, and another education version and corporate broadcast version, welcome letter to contact. ※ Delivery Time: Weekdays Monday to Friday day, weekend off (including national holidays). Daily delivery time is in the morning, if your order time is after noon, it will be sent within 2-3 days after the next day. If you have special needs, please inform in advance. To open a receipt, please provide a letterhead / reorganization.