Material
Pearl
How It's Made
Handmade
Where It's Made
mainland China
Unique Features
Customizable, Pinkoi Exclusive
Stock
Down to the last 1
Popularity
Listing Summary
Material: natural freshwater pearl + 14K gold injection accessories Design inspiration: We searched for 5-6mm natural freshwater non-nuclear pearls, matched with uniquely designed heart-shaped accessories, and took the fresh and light luxury route. The daily collocation is casual and natural, and the dating occasion is a bright spot on its own. There are no 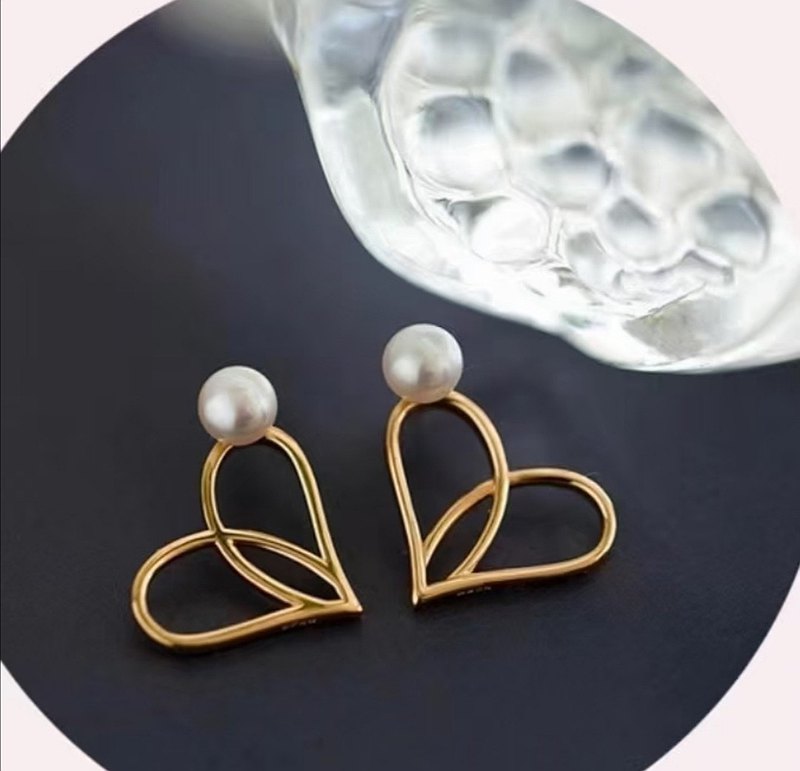 The beauty is natural. The designer, Miss Saori, loves pearls, so [Athena Pearl Design] is a designer brand with pearls as the main material. Each pearl has gone through the condensation of time, the washing of water and the pain of the clam. She presents us with colors that are not on the earth, just like a beautiful memory. Pearl is an ancient organic gemstone, mainly produced in pearl molluscs and nacre mollusks. Mineral beads containing calcium carbonate are formed due to endocrine action. They are rich in variety, different in shape, and colorful. There were pearls on the earth 200 million years ago. In the international gem industry, pearls are also listed as lucky stones for birth in June, and commemorative stones for the 13th and 30th anniversary of marriage. Pearls with magnificent colors and elegance, symbolizing health, purity, wealth and happiness, have been loved by people since ancient times. Pearls can be divided into seawater pearls and freshwater pearls. Seawater pearls, pearls formed in shellfish in seawater. Seawater cultured pearls are commonly white, gold, silver gray, black, etc. They are generally round and a few oval. China Hepu South Pearl is delicate and solemn, lustrous and translucent, round and translucent, smooth and colorful. It is a model of Chinese seawater pearls. Freshwater pearls refer to pearls produced by freshwater mussels, which are generally produced in various lakes, rivers and streams. Mainland China is the main producer of freshwater pearls, accounting for 85% of international freshwater pearls, followed by Japan and the United States. Among them, freshwater cultured pearls are common in colors such as white, pink, orange, and purple. Perfect circle is rare, most of them are ellipse, oblate, rice line, waist line, special shape, etc. According to the place of origin, pearls can be divided into South Sea pearls, Tahitian pearls, Chinese freshwater pearls, and Aguya pearls. South Sea Pearl refers to the pearls produced by Pinctada maxima in the Philippines, Indonesia, Thailand, Myanmar, Australia and other waters. Hepu pearls produced from Hepu pearl oysters in southern China are also South Sea pearls. Tahitian black pearls, also known as Tahiti black pearls, are produced in the coral atolls of the French Polynesian Islands in the South Pacific. The mother oyster is a black butterfly oyster that secretes black pearl. Generally, black pearls have a diameter of 8 to 16 mm. From round to pear-shaped and even ring-banded. China's freshwater pearls are mainly cultured in Zhuji, Zhejiang and other places. The main difference between freshwater pearls and seawater pearls is that freshwater pearls are non-nuclear pearls, while most seawater pearls are nucleated. For this reason, Chinese freshwater pearls have a purer pearl quality, which has better skin care, beauty, and beauty effects, and is more friendly to our body. Akoya pearls, also known as Japanese pearls, are produced from Akoya scallops. They account for a large proportion of the cultured pearls in Japan and are the representative of Japanese pearls. [Athena Pearl Design] Choose Chinese freshwater pearls and Chinese Hepu pearls to combine everyday and elegant wearing experience, and express modern women's concern for beauty and self with imaginative, creative and ideological minimalist designs.