Material
Enamel
How It's Made
Handmade
Where It's Made
Taiwan
Popularity
Listing Summary
Based on traditional Chinese enamel, lapis lazuli and red agate are used as complementary colors of red and blue to highlight the overall earrings. The clothing can be simply worn. Of course, you can also wear Hanfu or cheongsam. Gold-plated 925 sterling silver can be changed to clip style. 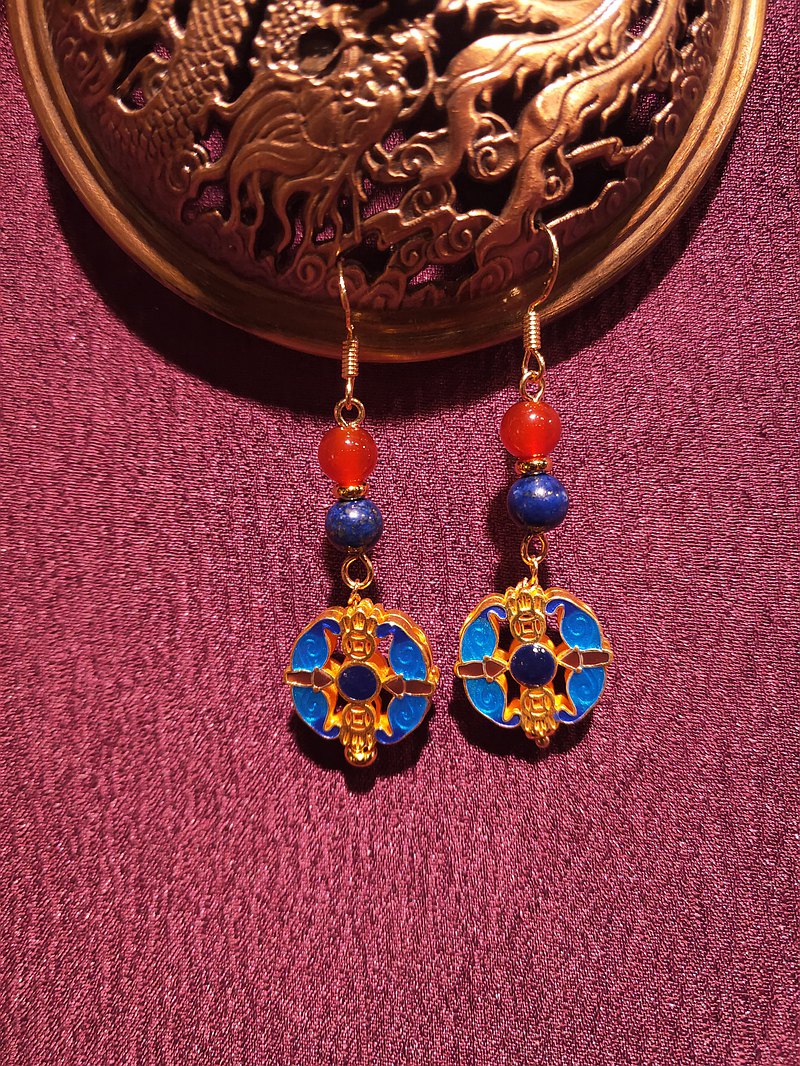 [Fu is in front of us]. In many traditional wood carvings, architecture, and jade carvings, bats are used to symbolize the sound of the word "Fu Dao" bat, which also means happiness and continuity. [Fu in front of my eyes] A totem made up of bats and ancient coins. The picture shows ancient coins in front of the bats. "Fu" and "bats" are the same pronunciation, and "front" and "qian" are the same sounds. The holes in ancient coins mean the eyes. Each traditional pattern represents the wisdom passed down by the ancestors, rich in cultural importance, seemingly simple but complicated, ranging from the homes of emperors and ministers to the homes of ordinary people. All kinds of meanings.