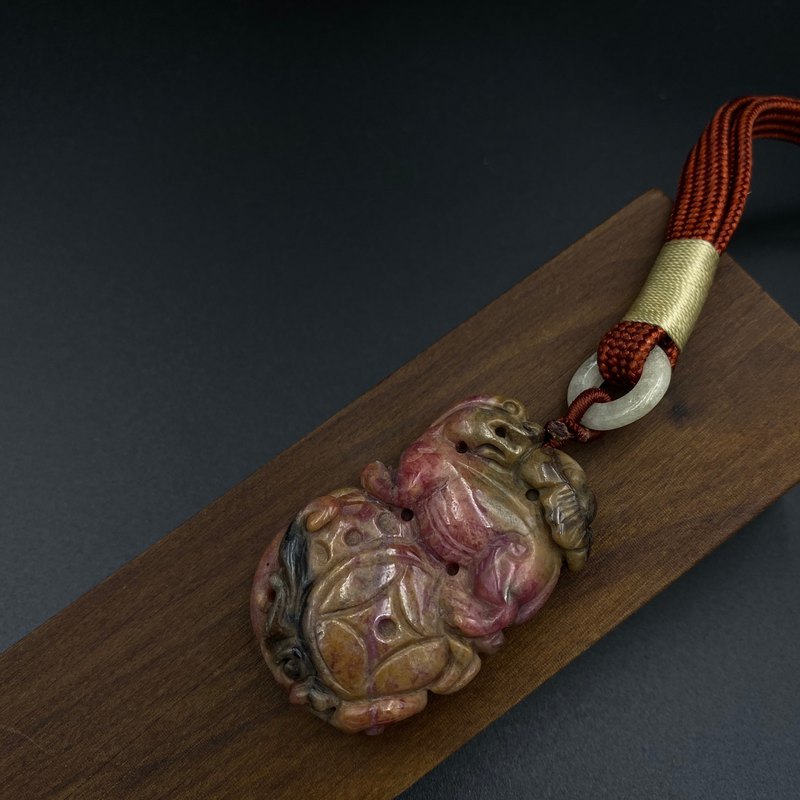 Product Description/ The ancient money of the Five Emperors came from the Qing Dynasty, Shunzhi, Kangxi, Yongzheng, Qianlong, and Jiaqing, which belonged to the most prosperous era in China. The National Games were prosperous, the society was stable, and the people were happy. Function, matching 貔貅 is one of the ancient beasts in ancient China. 负责 is responsible for patrolling in the sky. It can calm down demons and monsters, so it can drive away the evil and avoid evil; Jucai fortune, special magical powers; 通 is the 9th son of the dragon, symbolizing the official position of Hengtong, Fei Huang Tengda. / Rose Stone Introduction / The master craftsman from Taiwan who studies carving is not just a design of the appearance, including understanding the rough texture of the rough, giving the rough new life. Because of its strong color and strong and dense quality, it is used for ornaments and carvings. After grinding, the surface shows an abstract picture, which is of great ornamental value. Roses in Hualien are mainly produced in Sandan Creek, Papaya Creek, and Liwu Creek (mountain mines are now banned from mining). Because each producing area has different characteristics, its processing methods are also slightly different. Generally speaking, due to insufficient metamorphism and oxidation, Rosen Stone of Sanzhanxi has not changed much in color. Most of them are pinkish shades of different shades, lacking scenery, and are more suitable as rough stones. Papaya Creek rosestone is deeply metamorphic and oxidized, so it contains a variety of rocks and minerals, plus folds caused by stratum compression. Therefore, its scenery changes endlessly, so the success rate of slicing is large. The scars are black and reddish brown, so it is only suitable for sectioning. Rose stones are rich in color, especially the rose stones produced in Mysterious Valley. There are even more than seven colors mixed in it, so they are called colorful roses.