Material
Other Metals
Stock
Down to the last 2
Popularity 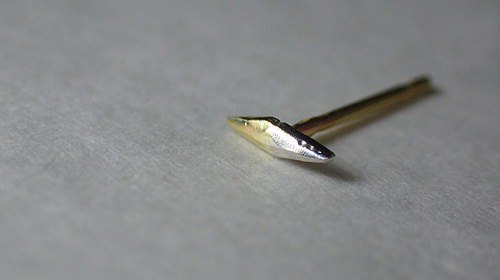 Compass is Also used for the 23 fumi logo Items that will guide you to your destination Compass needle Expressed only with K18YG and SV950 The world's three major inventions Gunpowder Letterpress printing And compass All of these originated in China Renaissance Europe It is said to have been transmitted ◎ Before the introduction of compass In the voyage, for example, I used to be a landmark This polar star every thousand years Turns into another star. By the way, now Polaris of Alpha Bear . Polaris and Polestar I say Polaris writes Polaris Early modern This star is named closest to the heavenly North Pole Was officially approved last year Someday after eternity This star was once in the heavenly North Pole Is it handed down? Product No.ptp023 material: K18 yellow gold, SV950 size: 5.6 × 1.5mm Price: ¥ 9,720-intax Shipping: Letter pack light nationwide equal 360 jpy Letter pack nationwide equal 510 jpy Black cat compact Kuroneko Yamato Takkyubin 60 size from Kyoto http://www.kuronekoyamato.co.jp/smp/estimate/kansai.html ================== At the solo exhibition "Pierce to ..." Had been sold ＂The third＂ For piercing holes One small earring New arrival at Online Shop ◎ your Heart Hard -Pierce →