Material
Gemstone
How it's made
Handmade
Where it's made
Japan
Popularity
Listing summary
It is a simple piercing that is easy to coordinate with any color clothes. 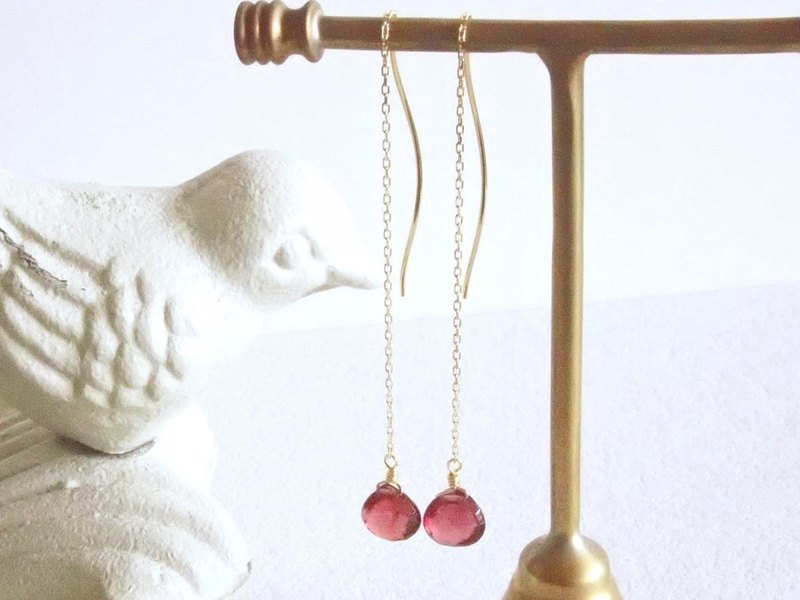 Garnet is said to have more than 40 colors. The mixing of the components of the crystals is complex, and only a few accidental stacks produce various garnet colors. A slightly purplish, wine-colored, rhodolite garnet. Among them, I chose a reddish purple road light garnet that is familiar to the color of Japanese skin and made it into a simple American piercing. The cut chains are combined to make the garnet and gold contrast stand out, and the post is finished in a gentle S-curve. It is chic but gorgeous red. It is a simple piercing that is easy to coordinate with any color clothes. ■ Material K10 Yellow Gold, Garnet ■ Size Total length 9 cm Garnet: W7 × H 7 × D3mm / 2pcs Piercing post: 30 mm Chain: 50mm