Material
Paper
How It's Made
Machine-made
Where It's Made
Hong Kong
Stock
Down to the last 10
Popularity
Listing Summary
Author: Zhou Yaohui | Book degree: 150mm x 210mm | Pages: 216 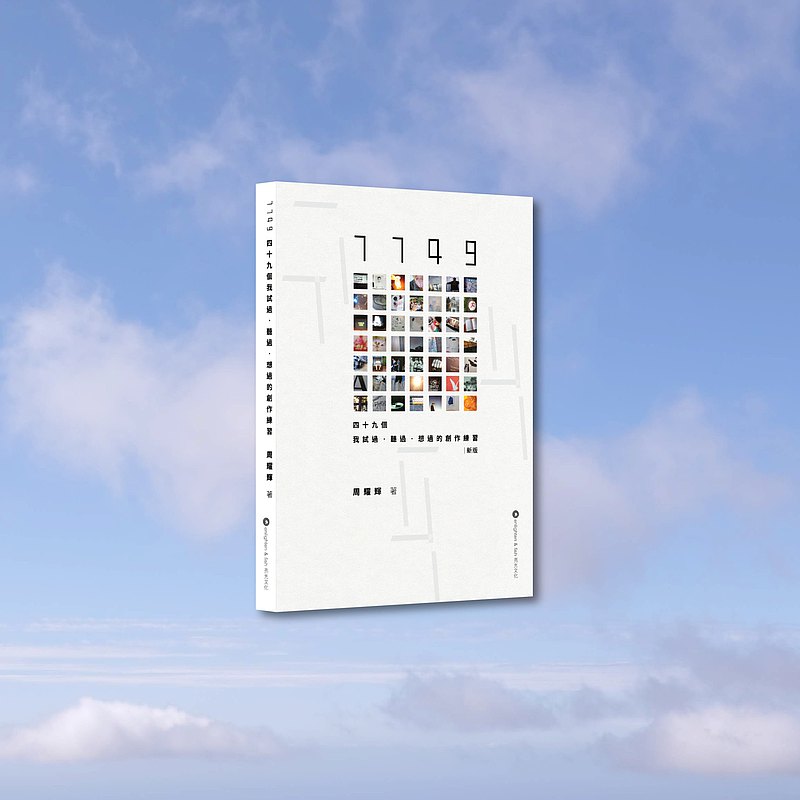 Author: Zhou Yaohui Publisher: Bright Light Culture Book size: 150mm x 210mm Number of pages: 216 pages ISBN: 978-988-8716-10-4 【brief introduction】 This is the new version of "7749". Zhou Yaohui, a well-known lyricist in the Chinese singing circle, talks about creative and creative prose. It took Zhou Yaohui nearly nine months to conceive and start this Project 7749. The 49 so-called creative exercises in it are not to teach everyone to become novelists, poets, poets, painters and other creative industrialists. Zhou Yaohui said: "The more the world forces us to accept reality, the more we have to open up our imagination. Creative practice, for me, is to exercise the ability to imagine. It may be better to imagine one world after another without accepting reality." 【About the Author】 Zhou Yaohui Graduated from the Department of English Language and Comparative Literature, University of Hong Kong. In 1989, he published his first poem "Love When the Plague Spreads", and has since set foot in the Hong Kong Ci arena. Zhou Yaohui's writing style is gorgeous and unique. Even if he fills in works for mainstream singers, it is different from the general mainstream works. The theme and style of words travel between the mainstream and the non-mainstream. Works include "Forget He Is Her", "Heavenly Flowers", "Heavenly Questions", "Happiness Mary", "Playing in the Next Century", "Floyd Falling in Love with Lin Xi", "Lucy", "Red Snow ", "Do aerobics with Zhen Fonda", "Little Canyon 1234", "Love Love Love", "Borrow Fire", etc. In 2005, he won the Best Alternative Song Award from the Hong Kong Society of Composers and Writers (CASH) for "Herrogynous"; in 2006, he won the Best Alternative Song Award of Guangzhou Radio Station; in 2007, he won the Global Chinese with "Daiyu Laughing" The best lyricist in the rankings. In 2007, he published the album "18 Changes-Zhou Yaohui's Ci. Text. View. Zhou Yaohui has worked in Hong Kong government, Asian Arts Festival, Ming Pao and Commercial Radio. He moved to the Netherlands in 1992 and became the host of Dutch Chinese radio programs. In 2011, he received a doctorate from the University of Amsterdam. He is currently an associate professor in the Department of Humanities and Creation at Hong Kong Baptist University.