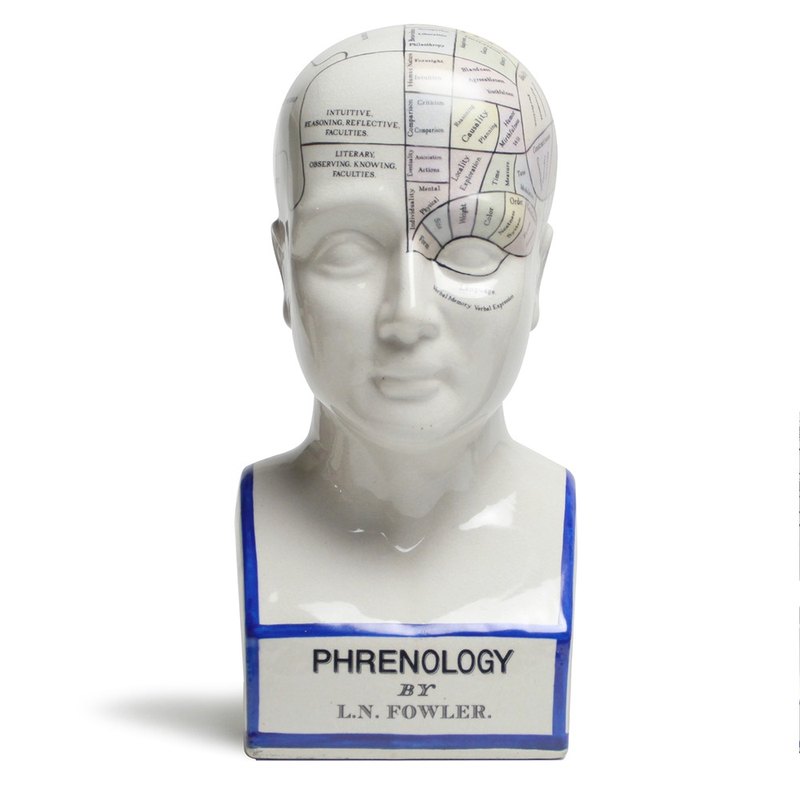 Believe that your skull is your character? ──Craniology, which was popular in Europe in the 19th century, takes you to decipher your brain! During the nineteenth century, a wave of collecting human skulls swept across Europe and the United States, and Rosenbaum was one of the earliest disciples of this school. He is obsessed with studying the "new science" of human skulls, also known as "phrenology". Craniography is a hypothesis that human psychology and traits can be determined according to the shape of the head. Craniography has influenced the development of psychiatry and modern neuroscience in the 19th century. The memory will be better. The exploration of brain science often has a mysterious atmosphere. It is definitely a personal ornament that adds points to the office or commercial space. Franz, a well-known scholar of craniography in Vienna. Joseph. The foundation of Kaer's "skull theory" (Schadellehre) is that a person's character can be read by studying his head. He identified twenty-seven personality traits and claimed that these traits-including memory, language ability, cunning, pride, wit, determination, etc.-are located in specific areas of the brain, and are specifically imprinted on the skull. Jiaer believes that a person's character is portrayed in the bulge of his skull. This theory is quite attractive to people at that time. When discussing a person's vanity or color sense, Jiaer picked up his skull and pointed out the parts of the skull that had developed particularly prominently because of those traits. If he can get fresh head specimens (mainly animal heads and occasionally heads), his assistant will dissect the brain in front of the audience. The subject of craniography is entertaining, and at the same time it is self-satisfied with academic research. In addition, it has developed a "hands-on" practical orientation, so it has become an extremely powerful knowledge that deeply attracts those who want to upgrade their social class Many participants come from the middle and lower classes, or trade in trade and crafts. (Source: Story Website) This section is divided into two sizes, 29.5 cm and 14.5 cm. Product Specifications: 1. Product specifications: 14 x 15 x 29.5 cm 2. Material: ceramic Precautions: 1. Please stay away from fire. 2. Avoid hitting the product to avoid damage to the product. Origin / manufacturing methods made in China

Material
Other Materials
How It's Made
Machine-made
Where It's Made
Taiwan
Stock
Down to the last 2
Popularity
Listing Summary
Believe that your skull is your character? ──Craniology, which was popular in Europe in the 19th century, takes you to decipher your brain!