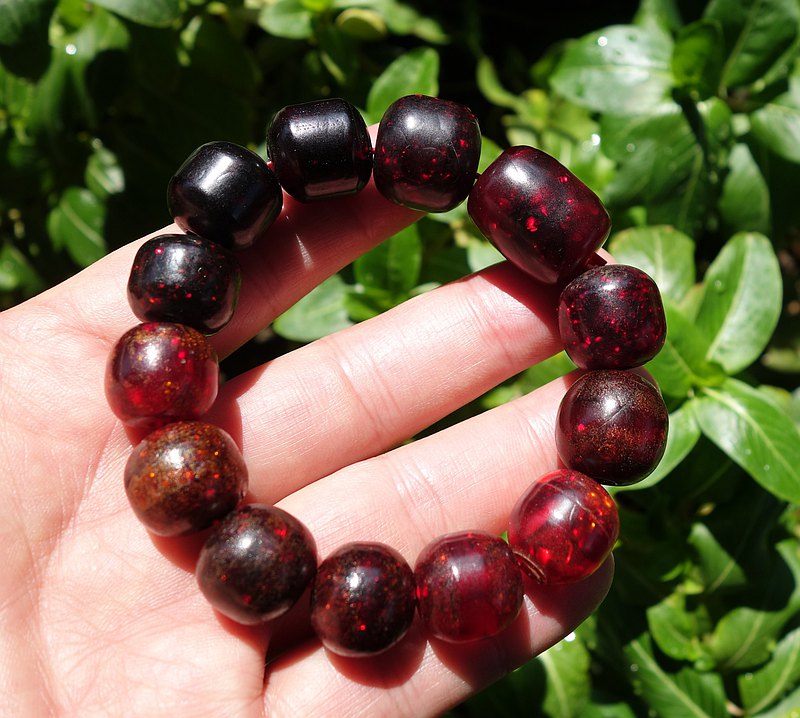 Tibet has spread honey Wax history, legends and more honey Wax Tibet, but Tibet is not actually produce honey Wax, honey Wax Tibet just distribution center, a lot of honey Wax in Tibet cut and polished into large and small rosary beads or made to use The production of the offering to the Buddha is different due to the heat of the incense oil lamp before the worship of the Buddha for many years. Ancient Tibetan Buddhists say the rosary because honey Wax chanting Buddhist influence long before the subject, hold a kind of magic power; another said magnetic field is strong honey Wax, and therefore can be worn evil of body, the frightened and soothe the nerves, security and peace, and It has the effect of removing rheumatism and gathering wealth. Tibet honey Wax mostly because La monks from generation to generation, is the opening sacred, their effectiveness and far above the general honey Wax products. Some antique honey Wax Sanchi Museum of Art Taipei 20 years ago have become attached to the La Tibet, which strictly speaking should be a trade beads, the article began in the 17th century or even earlier period of European colonial expansion for some time by the Europe and Central Asia , Middle East and other countries produced large quantities and shipped them to West Africa for the exchange of ivory, gold, slaves, olive oil and other commodities. Nowadays, most of these trade beads flow into Tibet and various parts of central Asia through the ancient Silk Road, and these trade beads are also imitated to Europe and other places. Although they are imitations, they have a certain cultural background and historical significance and are also influenced by some Europeans. They are very popular, and they are expensive. Some foreign experts also set prices for these beads. Given the cultural background antique honey Wax itself, and it's been more than a century of use of the above, be regarded as representing a witness to history development evolution of amber, which is also to ancient beads collectors like collectibles, and its market price is not cheap . Although the "old antique honey Wax" artificial resin plus some special prescription made, but it is also 300--! Technology show in Germany 400 years ago, after all, someone is playing with history, culture and foreign experts on these antique honey Wax also gives With a very high price tag, there is even greater room for future appreciation. PS The surface of this bracelet already has a thick patina, the color tends to black, and the historical traces are obvious. I estimate that there is a product that is at least 400 years old or earlier!

Material
Other Materials
How It's Made
Handmade
Where It's Made
Taiwan
Unique Features
Pinkoi Exclusive
Stock
Down to the last 1
Popularity
Listing Summary
Name: honey Wax antique bracelet 13 Approximate size of each grain: 1.6-2.3 cm high, 1.6-1.8 cm diameter Approximately 22 cm in length (tied with a telescopic rope) Weight 43.5 grams