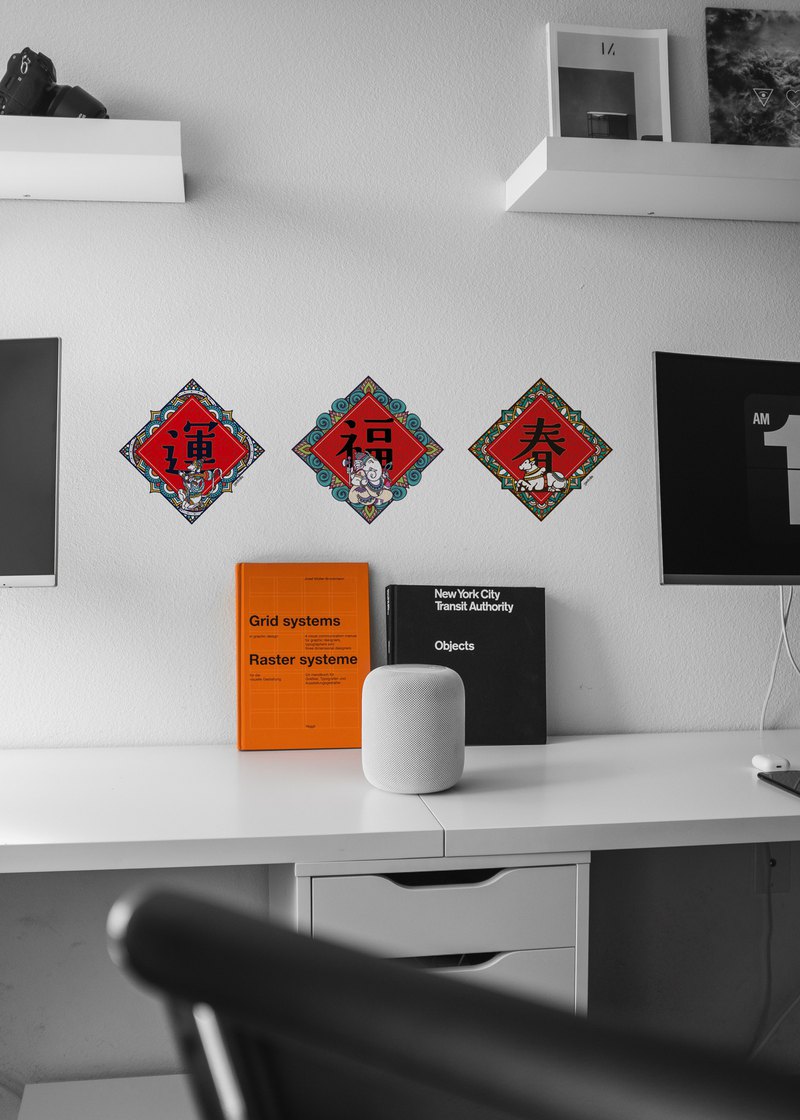 Spring Festival Couplet, Chunlian in Chinese, is a custom in Chinese community when celebrating Lunar New Year. A couplet is a pair of lines of poetry which adhere to certain rules, or words with auspicious meanings. Spring Festival Couplet with Hindu gods blessing is designed by 【YaoIndia 就是要印度】, combining Indian traditional Hindu figure and Chinese auspicious character. Wish everyone a HAPPY NEW YEAR! This Spring Festival Couplet wall sticker is made in Taiwan. Can be reused for dozen times. It’s water-proof, no residue of glue and would not damage the wall. 【春】Spring Happiness, joy and satisfaction: Holy Cow Nandi In Hinduism, Nandi serves as the mount to Lord Shiva. Nandi is the most loyal follower of Lord Shiva, and always protect the temples which worships Lord Shiva. Nandi represents happiness, joy and satisfaction 【運】Fortune Flexibility, courage and power: Hanuman Hanuman is one of the central characters in the ancient Hindu epic Ramayana, who has saved and helped Prince Rama. Hanuman is the symbol of flexibility, courage and power. Some people also believe that the origin of Sun Wu-kong, the main character in The Journey to The West, one of the Chinese Four Great Classical Novels, is from Hanuman. 【福】Blessing Wealth, wisdom and success: Ganesha Ganesha, one of the most pupular and most worshiped Hindu god in India, has the head of an elephant, four arms and a big belly. In residences, companies, factories or any important festivals, people will worship Ganesha and pray for peace and good fortunes. People believe Ganesha and bring wealth, wisdom and success to them. 3 designs, 6 pieces in a pack. Size: 15cm*15cm （each piece)