Material
Paper
How it's made
Machine-made
Origin
mainland China
Stock
Down to the last 9
Popularity
Listing summary
Mobile phone girl Mim postcard 1 set of 6 Each piece is individually designed and all of them are equally cute! 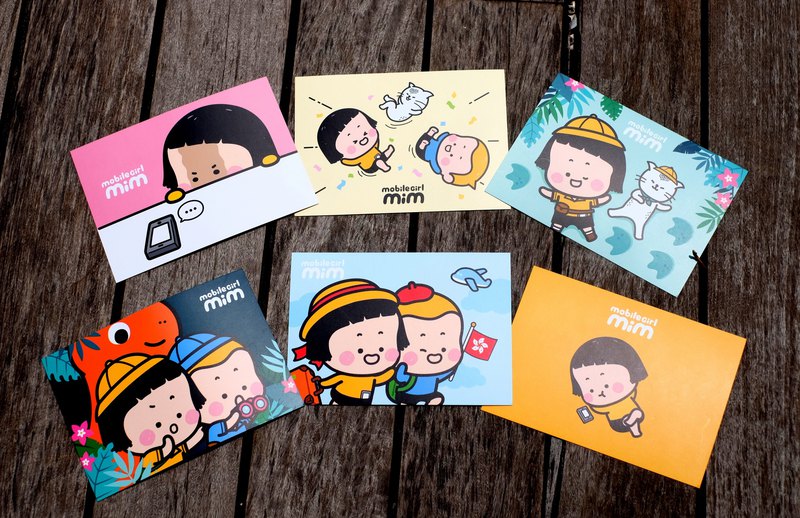 Mobile Girl, Mim Created in 2013 by the Korean company Funnyeve, Mobile girl Mim is a girl who loves technology products, and has very good relationships with her younger brother, Yam, and her adorable cat. The character was inspired when the creator was having dinner at a restaurant, many children around him were playing mobile phones instead of eating. Many parents used mobile phones as electronic pacifiers to silence the children, which made him feel very uneasy and hence came up with the role of MiM, through which he hopes to bring people's attention to the importance of communications. Facebook, Line and KAKAO stickers have more than 300 million downloads, often occupying the top 10 popular downloads, with more than 1.1 million fans worldwide. Facebook Page: Mobile Girl, Mim