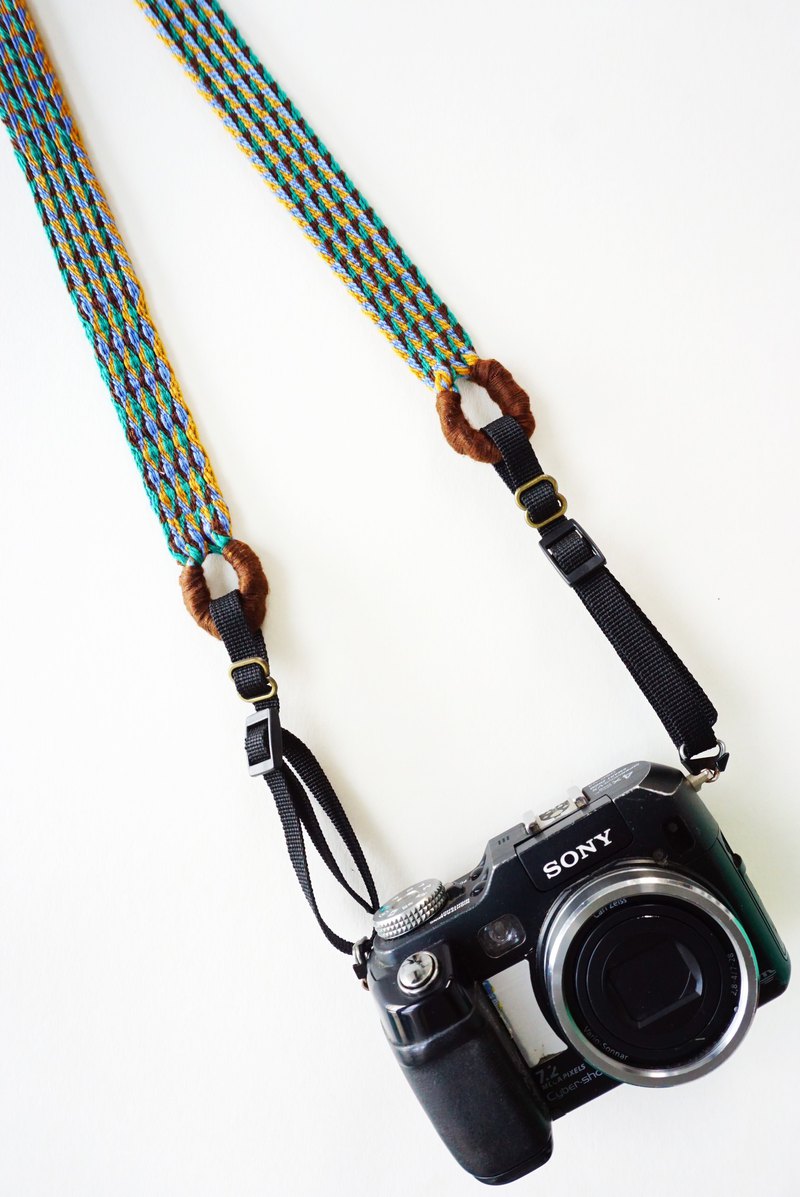 When I traveled in Central and South America, I was deeply attracted by the fabric craft and began to learn the creation of webbing. Weaving with the traditional weaving principle technique, a small single figure using weaving method changes can continuously produce several patterns on a long ribbon, ancient The crafts are ever-changing and the designs are personally designed. Can be used as a camera strap, belt, around the hat ~! It's nice to have a trip with you when you travel! [Handmade woven ribbon origin] The weaving technology before the loom came into being is a set of tools consisting of a thin sheet of stone that is threaded after the holes are cut in the corners. A stone slab cuts four holes. Each hole penetrates into a line, and the width of the weave is wider. More plates are required, for example: 15 plates require 60 lines. After weaving the straight warp, tightly weaving into the weft from the end to the end of the weft. Therefore, the webbing structure produced in this way is very strong. It can be used for the first time in the reins and the tie. Modern can be used. It is used in wristbands, belts, etc. The original source cannot be known. It is said that it originated in the Iron Age. The Middle Ages were very popular in Europe. Several were closely related to each person's life. After the appearance of the loom, this technique slowly disappeared until the German scholar Margarethe Lehmann-Fihes in 1896. In the museum, Ms. found the plates used by this woven technology and the webbing used by the ancients. He reconstructed this ancient process in an actual manner. This technology has been passed down so far. Patterns and color matching. About five working days on the order day Width 2.2cm/length about 75cm does not include black adjustment tape length (shipment will be attached bilateral black adjustment belt 40cm) Origin / manufacturing methods Made in Taiwan handmade