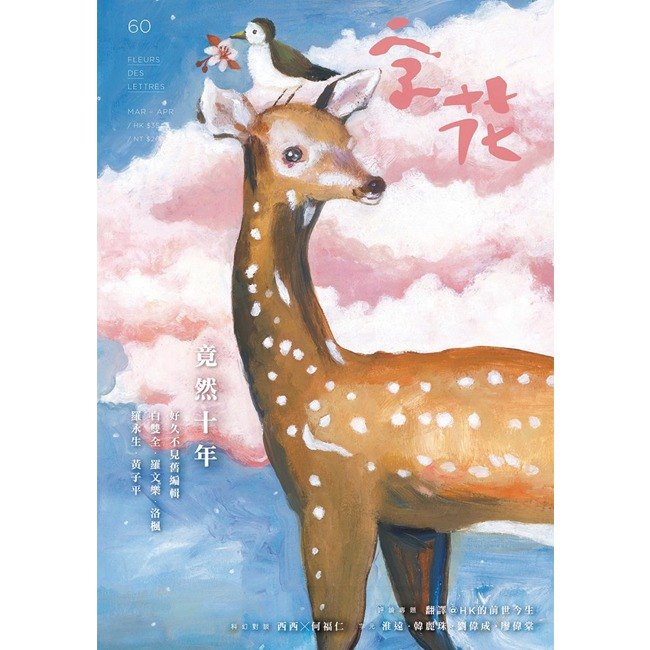 Bimonthly, "boiled fish culture" published, published every single month, in business, triple, world, China, Kubrick, Page One, Eslite, Musical, Preamble, Yulin, Pastoral and other available. Partial stock is limited and is on sale. Although the term "cultural desert" is outdated, in the market-oriented Hong Kong, a literary magazine is about to enter its tenth anniversary. This undoubtedly confirms the extraordinary vitality of Hong Kong literature. The word "Flower" was first published in 2006, and when it comes back to the publication of the speech a decade ago, it has been declared as "an impossible literary magazine." Without a definite grasp of success, young editors attempting to persuade them to change their imagination of the future is tantamount to planting the cloud. The current editor, like me, is still just a reader. Like you, there is a curious curiosity about how this interesting magazine with a large shelf can not be put under any control. This topic was interviewed by three Hong Kong-based editors for the first time. The original intention. He Xingyuan's non-directional questioning led to an empty group of old editors and design teams, sharing the happiness and sadness of magazine publishing - and of course, gossip and spicy heart language. We are young and still happy to think of the world as a full-fledged game. From design to section planning, "word flowers" never satisfied with the rules, always addicted to the charm of the world. In this issue, Bai Shuang-chuan and Luo Wenle are invited to look for him and hold a 60-page cover of universal suffrage. At the same time, they talk about the cross-border practice of literature with Luofeng, a poet who walked in the art and cultural commentary, discussing the close relationship between diverse experiences and daily life . However, even if the ideal lofty, published magazines, after all, is an on-the-ground thing. In the face of keen competition in the market and long-term lack of resources, the word "Huahua" has repeatedly suffered the test of cutting capital and editing shifts. It is also a very difficult journey. In addition to the author, there are a group of editors, designers and administrators who have always devoted themselves to their youth and outstanding writing in such a way that they can meet you in the same way that we can escape the fate of the publication. Finally, we believe that literature can not just ignore the growing ridiculous reality of politics by writing "rose without flowers" (Lu Xun); therefore, "Zihua" never gives up its intervention in political and social issues. From the past editorial practice, Lu Jinchi observed how left-wing care affects the orientation of magazines. However, Luo Yongsheng defrauded the cultural and political challenges in Hong Kong from the 1980s to the present and pointed out that the cultural world must accept that the times have changed drastically to truly respond to reality. Huang Zi-ping's metaphor of Jingzhe rescinds the young generation in historical moments, reminding us not to let go of lethargy and wilting in the diseased collective will, but also to defend our conscience in tearing. Any memorial, can not only indulge in the beautiful illusion of the past. Now, ten years have passed, my thunder crashed on my throat - it was time to wake up. Origin / manufacturing methods Hong Kong