Material
Jade
How It's Made
Handmade
Where It's Made
Taiwan
Popularity
Listing Summary
In the future, the enamel lotus flower will be extended. This style is to highlight the majesty of the queen in the middle palace in the Tang Dynasty. It uses complementary colors and uses emerald as the auxiliary to highlight the gorgeous style. The ear hooks are all s925 and can be changed to clip. 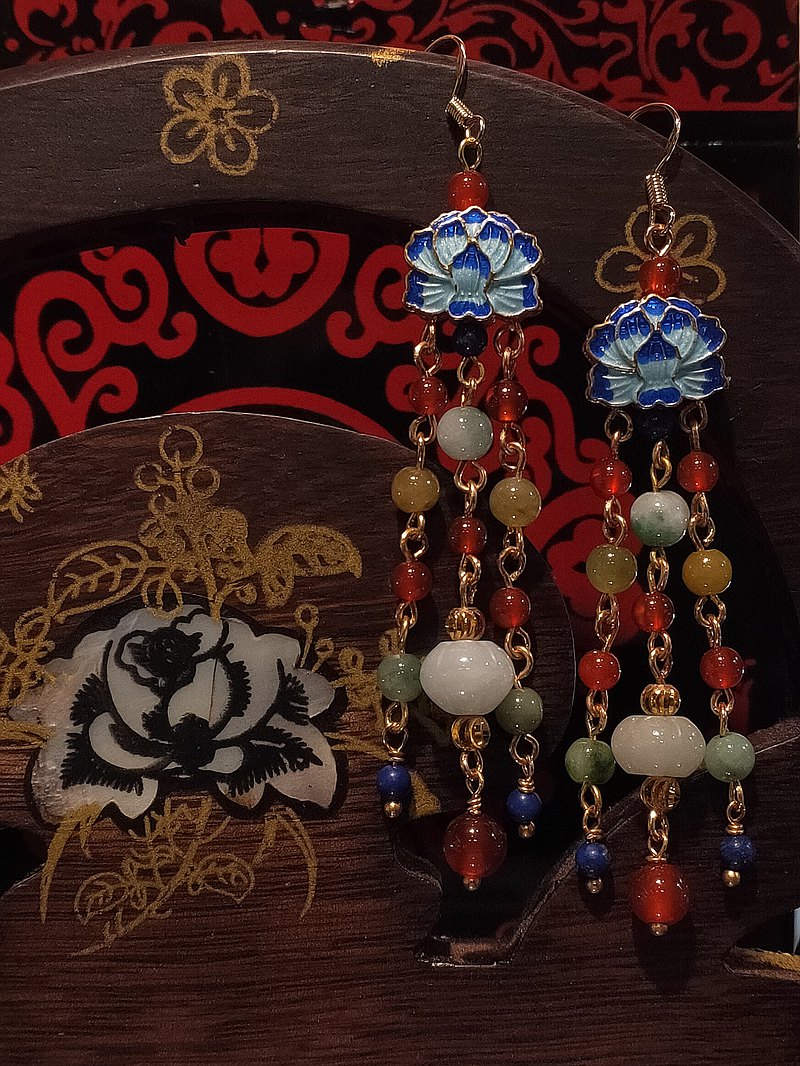 The disguised form of Xuanwumen brought it into a great cause and created the Tang Dynasty. And she is like a peony in a flourishing age, under that flexible back, A solo biography, the great queen of Tang Dynasty, [the Queen of Longsun] Empress Changsun was arranged by her father to marry Li Shimin when she was a child. During the Xuanwu Gate, he tried his best to win Li Yuan's support for her husband (Li Shimin), and was on the front line to boost morale. After the Xuanwu Gate, he was registered as a queen. It is reported that Queen Eldest Sun is diligent in political affairs, and she does not release the scrolls even when she is dressing up. She is smart and humble. In order to avoid the trouble of her relatives, Queen Eldest Sun has repeatedly asked her brother to resign from office. The husband started the rule of Zhenguan in the early Tang Dynasty. However, since the eighth year of Zhenguan, the queen began to suffer from illness. The queen died in the ten years of Zhenguan due to multiple illnesses. The grandson empress collapsed in the Lizheng Hall at the age of 36. At this time, the female officials in the palace presented the "Nu Ze" compiled by the queen to Taizong Tang. . Taizong cried bitterly after reading. Since then, there has been no empress, which shows the deep emotion of the empress. Empress Longsun believed in Buddhism all his life, so he used lotus flower to symbolize his beliefs, and because Empress Taizong's heirs were the largest number of concubines of Emperor Taizong, pumpkin was used to symbolize Jinyu Mantang and his wealth, and emerald was used to symbolize his grace and elegance.