The Two Little Horses at Wat Phra That - Scarf 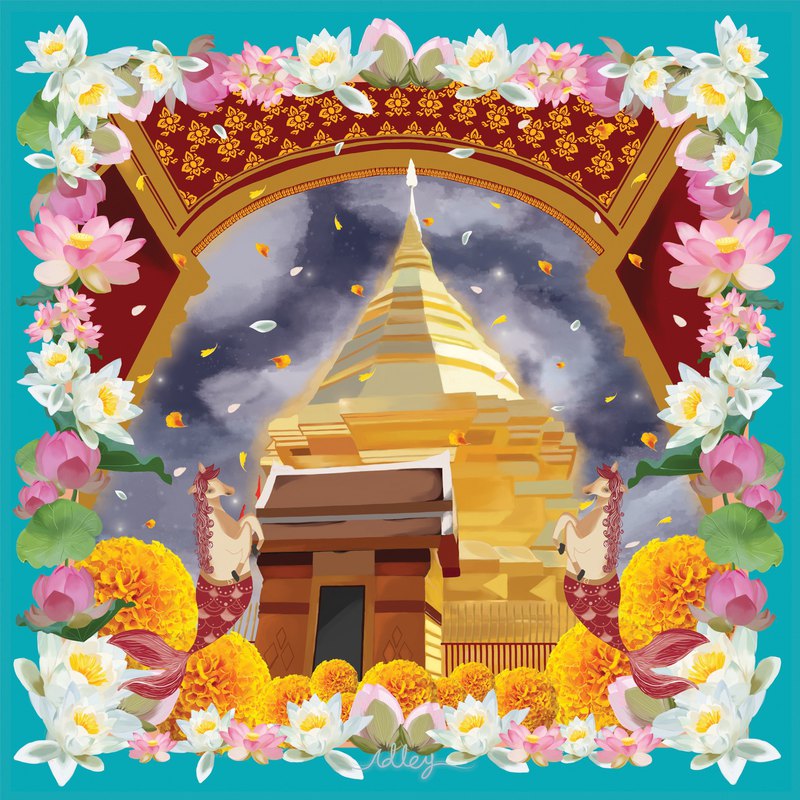 Inspiration: Wat Phra That Doi Suthep and the Lotus. The desing is licensed by Adley's Brand. Wat Phra That Doi Suthep is the most important temple in Chiang Mai, Thailand. Built in the early 19th Buddhist century, the beauty of Wat Phra That Doi Suthep is marked by seven-headed serpent statues that line the stairs to the temple where a Chiang Saen style golden pagoda and all its exquisite Lanna architecture is situated. The view of Chiang Mai from here is just phenomenal as well. (Credit: tourismthailand) Thai people use the lotus as offerings to the buddha statue and monks. The lotus occupies a very special place in Thai life because Thailand is a Buddhist country and the lotus is the traditional flower of Buddhism. Legend has it that the Lord Buddha was able to walk on his birth, and that when he took his first seven steps in this mortal world, lotus blooms opened up from underneath to support the tender soles of his feet.