To provide users with a better browsing experience, Pinkoi will stop supporting Internet Explorer from 2022/09/01. Please change to other browsers or use Pinkoi app to ensure all features work.( Download Pinkoi app )
Accessories Accessories Necklaces Gemstone 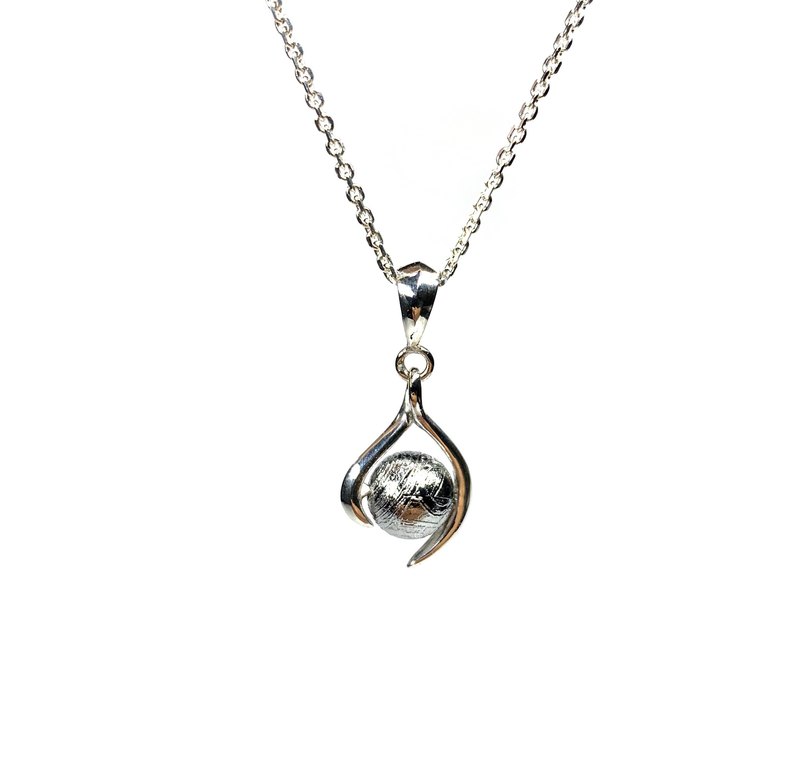 CHARIS Jewelry works CHARIS jewelry: designed with soul, perfected when worn. "It is not decorating things but talking things" What is completed by putting feelings into design and acquiring. "CHARIS" is a jewelry created by a designer and you. Size: Pendant top 2.8cm × 1.5cm (1.1inch × 0.55inch) Chain length: 45 cm (17.7 inch) Material: Silver 925 (or 18k yellow gold) and gemstone Gibeon (Meteorite) Design & Craft: CHARIS Design by Yusuke Akebi https://pinkoi.com/store/charis-jewelry made in JAPAN. --------------Gibeon (Meteorite)----------------- Gibeon Stones that help transform values Gibeon is a meteorite (meteorite) composed mainly of iron and nickel, discovered in 1936 at Gibeon in the Republic of Namibia (South Africa). It is believed to have fallen to the earth about 450 million years ago. In Japan, Soseki has been used as a divine body, in sacred rituals and festivals, etc., to represent the meaning of the world. It is characterized by a mysterious pattern known as the Widmanstetten structure when speaking of Gibeon, but this is a mixture of nickel and iron in an environment of 100,000 to 300 atmospheres at 300 to 900 ° C, that is, an environment like the center of a planet The iron and nickel components begin to separate as the temperature drops several degrees over a million years. As a result, a pattern can be made by the difference in the degree of melting by putting polished Gibeon in acid. This is a pattern called the Widmannstetten structure. We call this method for acid treatment etching, but this Widmanstatten structure can not but say that Gibeon was generated extraterrestrially, possibly in the central environment of the star. It is a reason. Iron and stone, including Gibeon, seems to feel heavy when it has more weight than it actually measures. This seems to be closely related to the fact that Soseki has been drawn to the earth and has fallen. Basically, the main component is iron, so in order to prevent rust, the processed products are generally coated with rhodium or the like. Also in the same meteorites (Meteorite), Campo del Cielo is known